During the decades before steam trains, a network of horse-drawn tramroads linked the industrial heartland of South Wales with the canals. Helen Morgan from Abergavenny Local History Society reports. 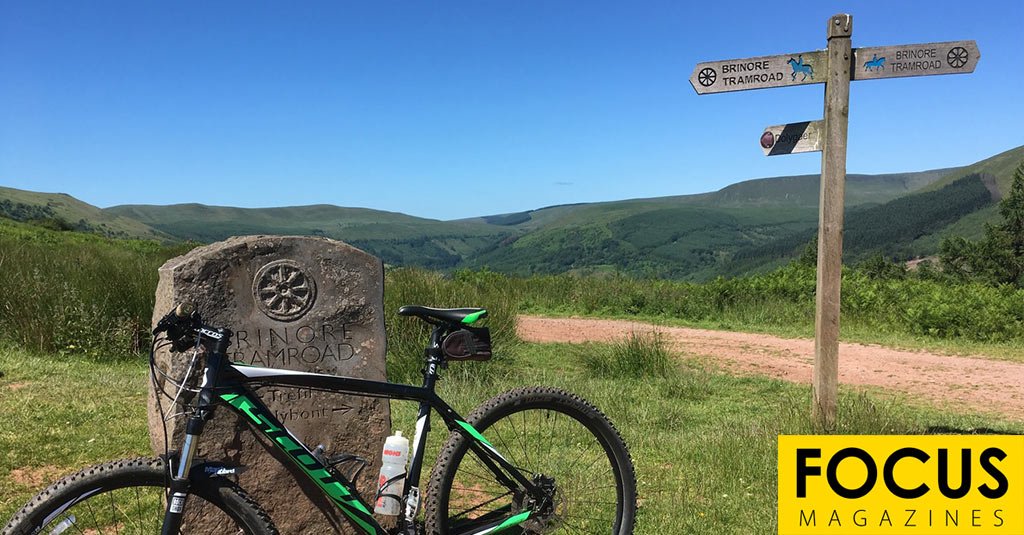 One whose existence is still evident today ran along the side of the Blorenge. Constructed in about 1817 for the ironmaster, Thomas Hill, it was used to haul pig iron from Blaenavon along a tunnel under the mountain to Pwlldu and on to Garnddyrys Forge. Once converted into bars, rails and plates, the iron was reloaded on to trucks, called trams or drams, and hauled along the north face and down a series of inclines to Llanfoist wharf on the Brecknock & Abergavenny canal. From there narrowboats carried them down to Newport docks, gateway to the Empire.

Another was the Bryn Oer tram road that operated between 1815 and 1864. Named the (anglicised) Brinore Tramroad by its owners, it linked Benjamin Hall’s coal fields near Tredegar and the limestone quarries at Trefil with the canal at Talybont-on-Usk.

Within five years, however, it was already running into difficulty. A surveyor found stones beneath the rails sinking into the boggy ground at Penrhiwcalch. He was also worried that the section at the head of the Dyffryn Crawnon valley was little more than a ledge cut into the hill above a vertical drop. With good cause, it would appear. One consequence was a claim for two horses that fell off the edge in 1855. “It must have been a major feat of engineering, as only black powder would have been available for blasting,” said Gordon Rattenbury in his book published in 1980. “The ledge which [in 1960] was a pleasant walk along a path some eight feet wide is now a scramble along a narrow path sometimes less than two feet wide.” It has not improved. Yet trade along the tramroads and canal was good — until the mid-1860s when trains began steaming up the valleys from Newport and Cardiff, as well as between Brecon and Merthyr via Talybont.

The legacy of the industrial age is some of the best footpaths and bridleways anywhere, says David Llewellyn whose virtual journey promises a kaleidoscope of stunning scenery, as he passes through the ages, taking in the geology, ancient monuments and artefacts from the area’s rich industrial past.

David Lewellyn’s talk on Tramroads through Time on July 21st via Zoom starts at 7.30pm. You need to be a member to receive a link. For details visit: www.abergavennylocalhistorysociety.org.uk 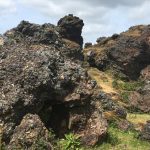 With most nearby hills out of bounds above the mountain fence, the Blorenge is one of the few that are still open and within walking distance of our doorsteps. Helen Morgan from Abergavenny Local History takes a stroll from Llanfoist bridge to Pwll-du. One way is along the old parish road, past the cemetery and […] 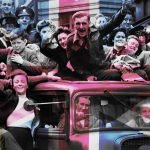 On VE Day 75 years ago, people took to the streets to dance and celebrate the end of the war. This year, huge street parties and events were planned for the weekend beginning 8th May to remember that day 75 years ago. Unfortunately, due to the current global Coronavirus pandemic, many of these celebrations have […] 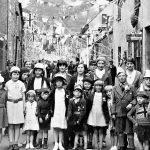 We may think times are often tough, especially at the moment, but for those of us who were not around to remember, think of what war must have been like. Rationing, bombing, conscription, the loss of a son or husband, evacuation – these were some of the experiences and issues facing those who lived through […]

On the Tourist Trail 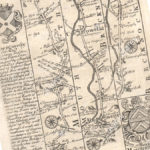 People have been visiting or passing through Abergavenny since the Middle Ages. Helen Morgan from Abergavenny Local History Society reports. Before the railway arrived in 1850, tourists arrived on horseback or by stage coach. The roads were poor but travel they did. The first recorded trip was by Giraldus Cambrensis, Archdeacon of Brecon, accompanying Archbishop […] 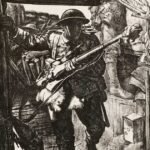 First World War propaganda prints by celebrated artists of the day go on display at Abergavenny Museum & Chepstow Museum: Now – 6 January 2019- Admission Free As soldiers marched to war in summer 1914, most of them expected to be back home within a few weeks and surely by Christmas. But instead, the fighting […] 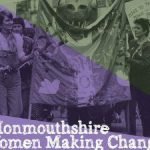 Real life experiences from the past & present and visions for the future. This is the theme of an event on Saturday 28th April at the Abergavenny Community Centre writes Katrina Gass. The event will raise the question “What has been women’s pivotal role as farmers & food producers over a century in Monmouthshire – […] 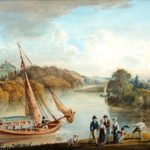 Middleton Hall’s landscape is being restored to its Regency glory. Helen Morgan from Abergavenny Local History Society reports It is now better known as the site of the National Botanic Garden of Wales, but Middleton Hall was once a magnificent mansion with one of the finest waterparks in Britain. Its story begins in the early […] 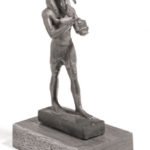 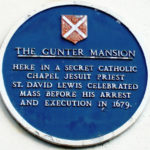 The Gunter Mansion in Cross Street, Abergavenny, is a Grade 2* listed building that has an important place in the history of Abergavenny, and in the story of Catholicism in post reformation Monmouthshire. Yet visitors to the town, and even those who have lived here for many years, may have no idea of the significance […]