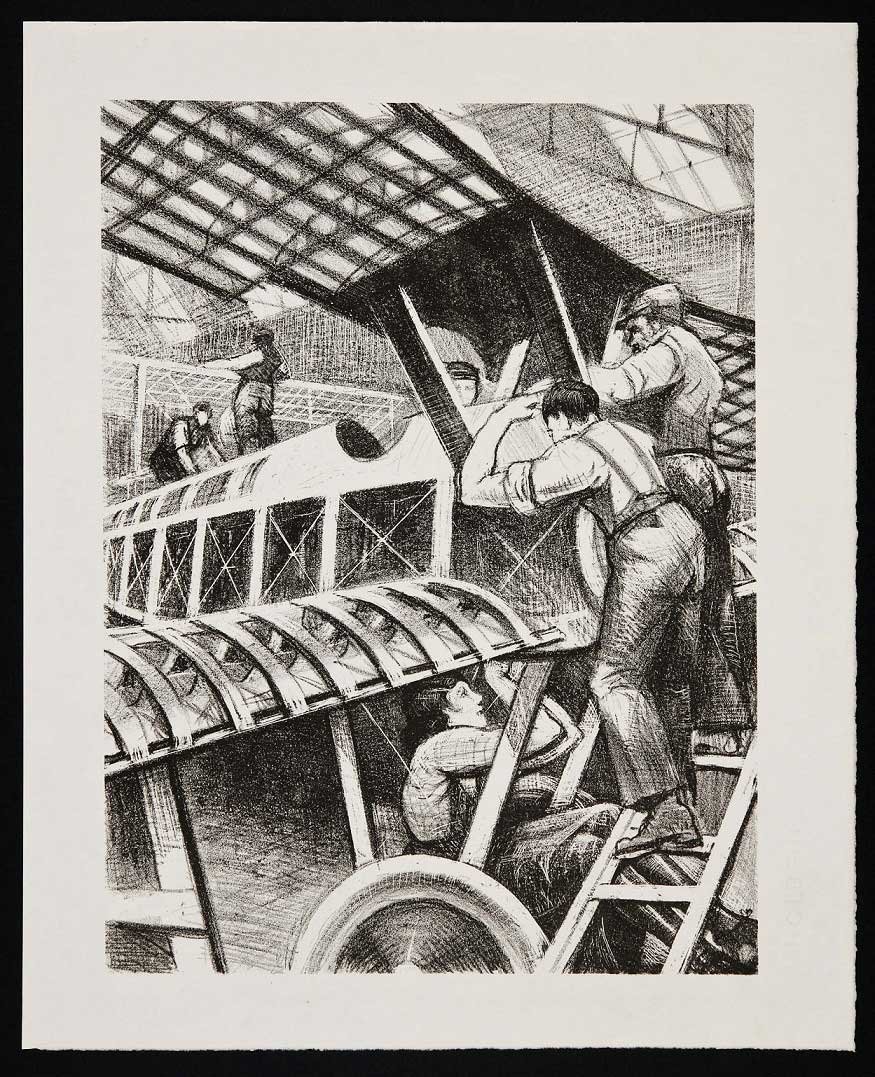 As soldiers marched to war in summer 1914, most of them expected to be back home within a few weeks and surely by Christmas. But instead, the fighting continued and intensified over years and the First World War was fought not just by soldiers on battlefields, but also by citizens at home.

“The Great War: Britain’s Efforts and Ideals” a striking set of prints, being shown now in exhibitions at Abergavenny and Chepstow Museums, was commissioned by the British Government in 1917 as propaganda. After three years of hard fighting and unprecedented loss of life, the images were intended to encourage a war-weary public and raise support for the war effort. They show modern political propaganda in its early stages.

Designed in two sets of portfolios, “Ideals” and “Efforts” the ideals addressed the reasons why Britain was at war and what it aimed to achieve. These images are dramatic and symbolic and use historical and mythological figures to express ideas.

The “Efforts” prints illustrate some of the activities of the war effort. Nine artists were commissioned to produce six prints, each taking on a different theme, such as Making Soldiers, Building Ships, Women’s Work, and Work on the Land.

As images of propaganda, they purposely avoided showing the horrors and atrocities of war, as was typical of the work of the official war artists. The works, by some of the most celebrated artists of the day such as Augustus John and Frank Brangwyn, are very different, reflecting the varying trends in British art at the time. The artists did not have full artistic freedom, they were given their subjects and each image had to pass censorship regulations. The prints were produced as a limited edition of 200 and were first exhibited in London in July 1917, followed by exhibitions in regional art galleries around Britain and showings in France and America where the majority of the prints were sold. This set of prints was donated to Amgueddfa Cymru – National Museum Wales in 1919 by the Ministry of Information. Now, thanks to partnership with the Amgueddfa Cymru – National Museum Wales, they are being shown across two of the Museums in Monmouthshire at Abergavenny and Chepstow, in two complementary exhibitions so that the collection of over 60 prints can be seen together. Monmouthshire Museums Curator Anne Rainsbury explained “At Chepstow Museum, the ‘Efforts’ prints shown include ‘Building Ships’ and ‘Transport by Sea’ as the town was transformed by the establishment of two National Shipyards during the War; and ‘Tending the Wounded’ as the Museum’s home, Gwy House became a Red Cross Hospital for Wounded Soldiers from 1915. At Abergavenny ‘Work on the Land’ prints are shown, as well as ‘Making Guns’ and ‘Building Aircraft’. Both Museums share the Efforts, ‘Making Soldiers’ ‘Making Sailors’ and ‘Women’s Works’ as well as the large and impressive “Ideals” series of prints. It’s an important moment, as the centenary of commemorations of World War 1 approach the Armistice, to be showing these images at our Museums, and it’s great that we have been able to work with Amgueddfa Cymru – National Museum Wales to achieve this.”

The exhibitions run until January 6 2019 so there’s plenty of time to see the whole collection by visiting the two Museums, open daily 11am – 4pm (Abergavenny Museum is closed on Wednesdays). 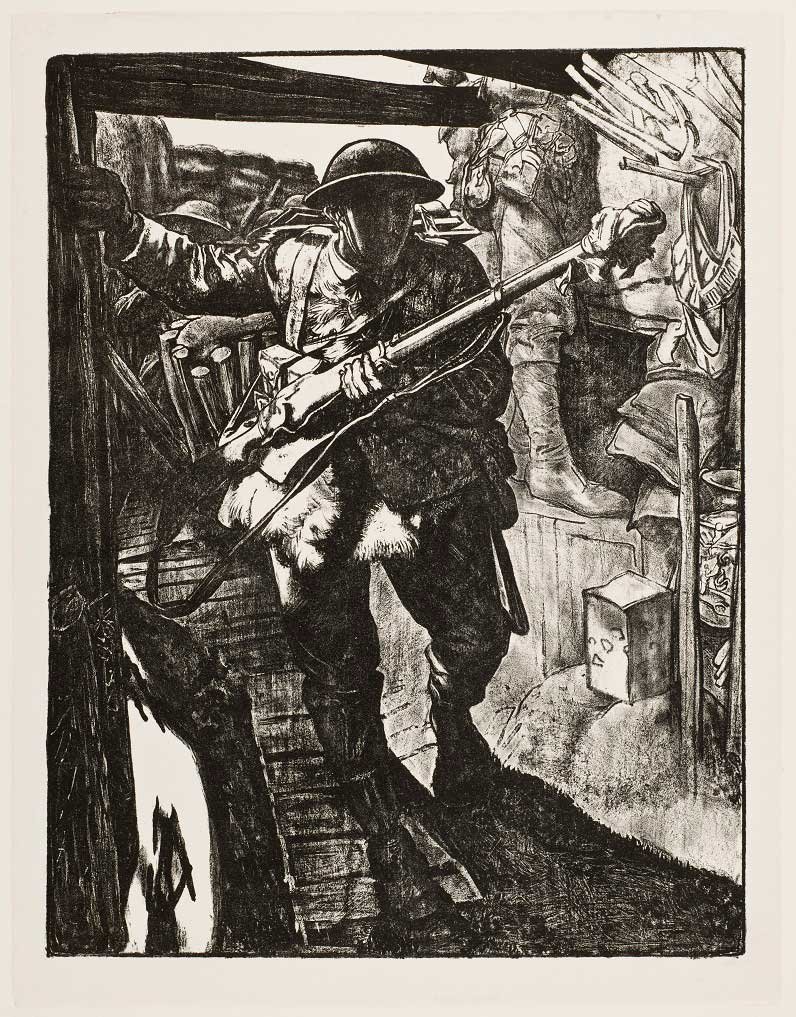