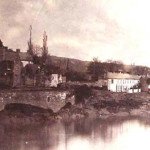 Clues to its importance in the post-Roman era are reflected in the street pattern. Helen Morgan from Abergavenny Local History Society reports After the Romans went home, the Welsh abandoned Gobannium and returned to their rural roots. In Caerleon, however, the natives continued to inhabit the former fortress and to benefit from their economic legacy. […]

Filed under: Local History
No Comments » 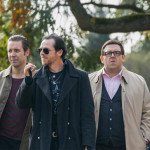 Focus film reviewer, Patty Papageorgiou-Axford  reviews the 3rd film in Edgar Wright’s ‘The Cornetto Trilogy’ School’s out forever and 5 leavers set off on a celebratory pub crawl, a tradition in their hometown of Newton Haven. The Golden Mile, as it is known, passes through every single pub in town, the last one being, of […]

Filed under: Film
No Comments » 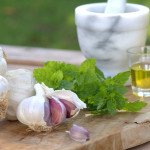 Head Chef Jim Hamilton of the Kings Arms, shares his delicious recipe with us. Look out for him at the Food Festival – his cookery demonstration, ‘Horses for Courses’, takes place in the Market Hall at 10am on Saturday 21st September Broad bean and mint pestun (maro or pestun de fave in Italian) comes from […]

Parkers Projects : Time to get fruity! 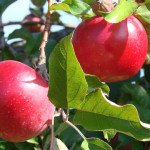 September is a fruitastic time of the year. Whether you are reaping the vegetable harvest or making wine and jams, it is a very satisfying time to watch all your hard work come to fruition. It is relatively easy to create a fruit garden, so why not give it a try? Unless you have a […]

Filed under: Gardening
No Comments » 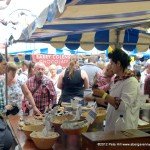 A quick guide to dining, light bites and places to stay during the Food Festival Unless you’ve had your head in a bucket of cold blancmange lately, you’ll know that the Abergavenny Food Festival is just around the corner! We’re all in a bit of a foodie mood and our tastebuds are tingling in anticipation […] 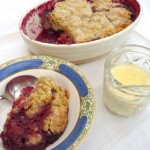 At the moment, the trees in my garden are heavy with apples and pears, and there are plenty of blackberries appearing in the hedgerows where I walk the dog. This recipe uses all of these fruits and makes a glorious pudding. The topping is a cross between a scone and crumble mixture which gives you […] 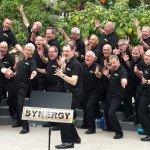 Local close harmony choir Synergy, based at Abergavenny Rugby Club, have recently returned after competing in Cornwall. 60 choirs of all ages and nationalities converged for the Cornwall International Male Voice Choral Festival (CIMVCF) – the largest event of its kind in Europe, with approximately 3000 choristers entertaining in 50 concerts and celebrations across the […] 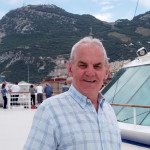 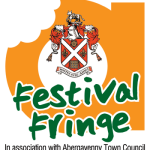 This year’s Fringe is taking place thanks to financial support from Abergavenny Town Council who are keen to promote the wealth of experiences on offer including exhibitions, festive menus, workshops, music, walks and other special events with a food connection. Try out some fabulous festive menus. The Angel Hotel invites you to sample classy teas […] 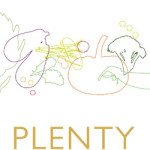 Emma from Bookish in Crickhowell gives us her recommended reading for our Food Special. The Silver Spoon One of the most influential and successful cookbooks in Italy. Originally published in 1950, it became an instant classic, selling over one million copies in eight editions. Considered to be essential in every household, it is still one […]