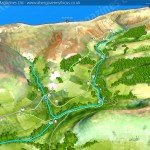 Having done the Grwyne Fawr valley back in the August issue, now it’s time to move next door to the Grwyne Fechan. Click on the map for a higher resolution version. There’s some fascinating and somewhat colourful local history associated with some of this walk, (see box-out  ‘Macnamara’s Road & Hermitage’) and includes a very […]

Filed under: Walking & Rambling
No Comments » 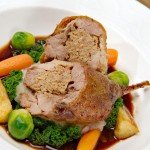 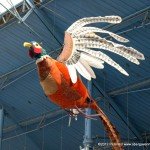 It was a fantastic weekend! – here’s some of our pictures. 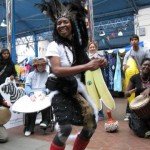 Llantilio Pertholey based charity, Love Zimbabwe, has now officially linked Abergavenny with Chinamhora, the village that Martha Musonza Holman calls home in Zimbabwe. The link is authorised by the Welsh Assembly through their ‘Wales for Africa’ programme. To qualify, Love Zimbabwe has made connections between the Methodist Church in Castle St, 7 Corners Youth Group, […]

Filed under: Charity, Community
No Comments » 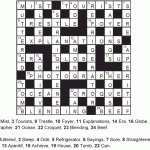 Filed under: Crossword Solutions
No Comments » 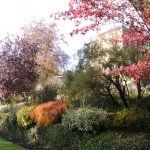 Katrina Gass asks ‘Have you discovered the tranquility of Linda Vista Gardens?’ If you have, you will already know about the bright flower beds and the beautiful trees and shrubs which include some rare specimens. In the Gardens there are many ideal spots for a picnic and the play bed with its willow tunnel is […] 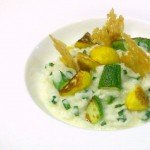 KIT began in Brecon when Brecon Children’s Contact Centre opened in October 2007. It is open monthly on a Saturday morning from 10.00 am to 1.00 pm and provides a valuable service to disadvantaged children and their families in Powys and the surrounding areas. Abergavenny centre followed in October 2011 opening on a monthly basis […]

Filed under: Community
No Comments » 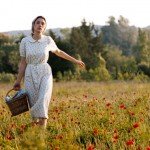 On 26thSeptember, Abergavenny Film Society, the longest running in Wales, will launch its new season of fourteen films. First on the diverse programme is Daniel Auteuil’s charming drama, The Well Digger’s Daughter, set in rural France. The new season includes several films from Europe, and features recent releases such as Almodóvar’s acclaimed melodrama, The Skin […]

Filed under: Arts, Leisure
No Comments »

How Cymry changed the world 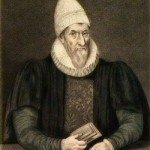 The Welsh have been exporting their talents and culture to England and beyond since the 5th century. Helen Morgan from Abergavenny Local History Society reports. First it was the Celtic saints who carried their Christian faith to new territories in the centuries that followed the Romans’ departure. Then, in the early 15th century when Henry […]

Filed under: Local History
No Comments »