The Romans are Coming!

AD 56. Abergavenny was then Gobannion as the Roman empire crept steadily nearer. Forts were being built at Usk, Caerleon and Caerwent and the storm clouds were gathering. 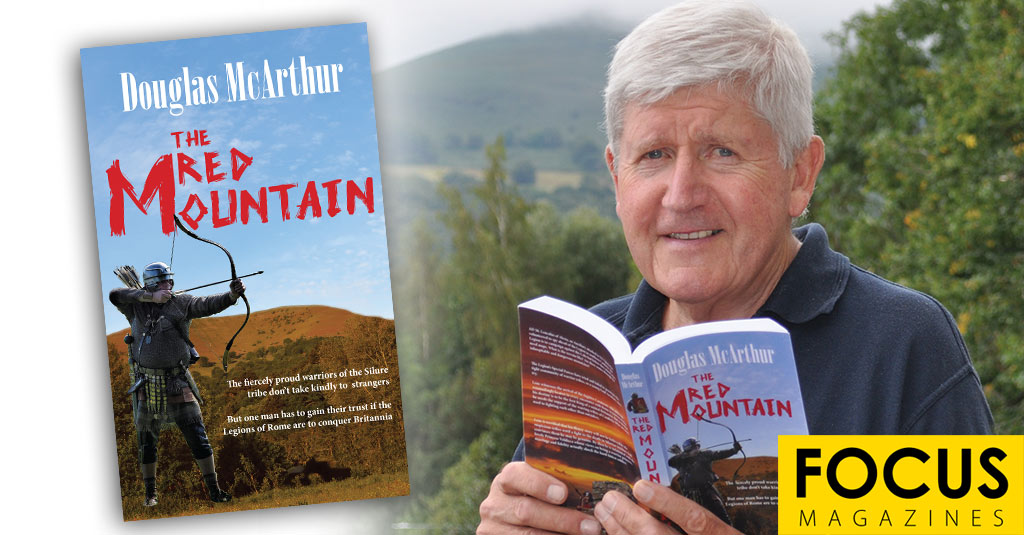 Our local tribe, the Silures was not going to be subjugated by Rome. They were going to fight. But how hard? How many warriors?

Lenculus of Alesia, a Gaul Auxiliary with XX Valeria Victrix volunteers to spy ahead of the Legion but is terrified his flimsy cover story won’t be believed by the suspicious warriors, until a fight to the death half convinces them he may be genuine.

The young auxiliary forms an attachment to the warlike tribe and particularly their Princess Veldicca. Will he throw in his lot with the tribe or obey his orders and betray them?

Into the mix comes Caratacus, pursued across Britannia by the Pathfinders, the Legion’s own Special Forces.

Caratacus wants to unite the tribes and be crowned the first King of Britannia, but will his vaulting ambition be his downfall?

The Red Mountain is an action-packed story about the Roman invasion of Wales.

“It’s a novel about an important time in the history of Abergavenny and Wales,” said local author, Douglas McArthur, “and just in time to make a thoughtful Christmas present.”

The Red Mountain is on sale at Cablenews, Frogmore Street, Abergavenny and online at www.runningboarmedia.com, Amazon and as an ebook at Kindle, Apple and Kobo.

Show this page at Cablenews, Frogmore St., Abergavenny, and buy The Red Mountain at the discounted price of £8.99.