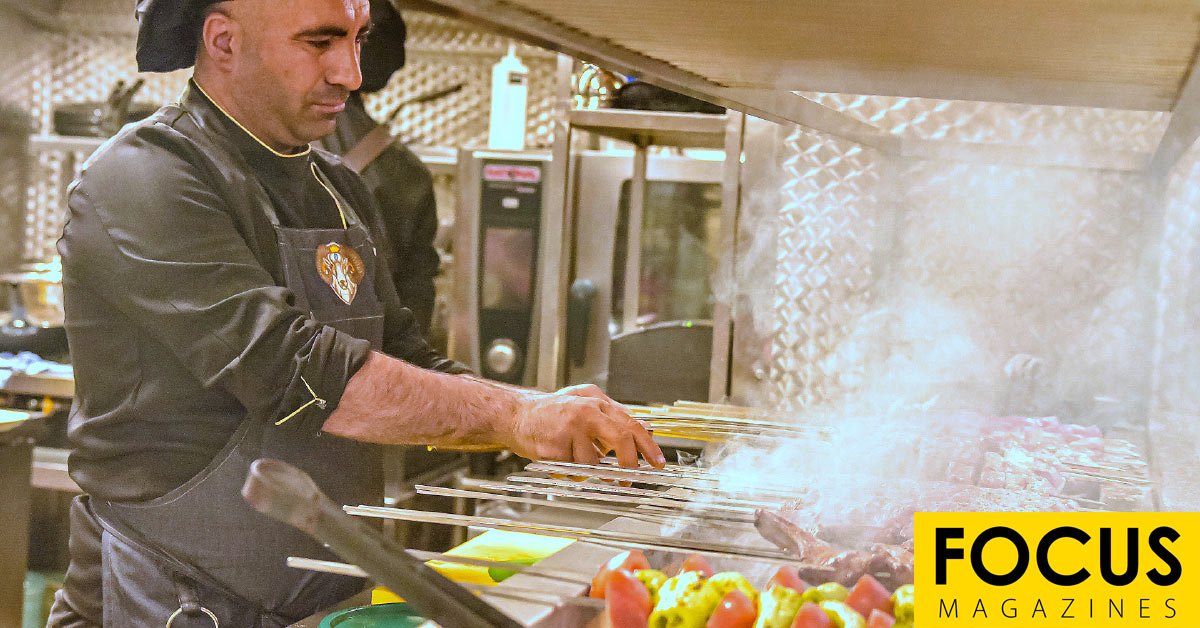 A new and exciting dining experience has arrived in Abergavenny. The Anatolian restaurant in Cross Street has been five years in the planning, and recently opened its doors for the very first time. Vistors are sure to agree that it has been well worth the wait!

Owner, Resul Saritag and his wife, Sukran made their home in Abergavenny sixteen years ago after falling in love with the people, the beautiful setting and the distinctive charm of our little market town. They moved here from Eastern Turkey, where Resul was working as a chef. On their arrival, they wasted no time in developing their first business venture: the renowned Pick-a-Pizza take away, but they always had their eye on something bigger and better, and the idea evolved for a restaurant serving authentic and traditional Turkish food.

The opening of Anatolian had been planned for last December but had to be delayed due to the Covid 19 virus, however their doors are now well and truly open and the team are ready to offer their clientele a warm welcome. To step inside Anatolian is to gain an insight into Turkish food culture. At first you are struck by the resplendent décor: the mock castle walls are designed to reflect the rustic textures of nearby Abergavenny Castle. The walls feature murals depicting Conwy, Harlech and Abergavenny castles (found at the front of the restaurant) and Turkish history (at the back of the restaurant). Sukran explains how women in Eastern Turkey still make bread outside, as shown in a painting facing the back wall. At right angles to this is the famous Kiz Kulesi or Maiden’s Tower: legend has it that a fortune teller had told the Sultan that his daughter would be bitten by a scorpion and die – so he built a tower to protect his precious daughter. However, one fateful day a basket of apples was delivered and, as the daughter reached inside, a scorpion leapt out and bit her…and she died. Clearly, what she needed was a Nazar Boncuk (Turkish Eye) like the one that hangs in the centre of the restaurant. This famous Turkish symbol is believed to ward off the evil eye and keep everyone safe from harm (and scorpions!). It’s clear that Resul has paid close attention to every detail to ensure that diners will enjoy the surroundings and ambience as well as delicious food and hospitality.

But of course, people go to Anatolian for the food! The menu includes much-loved favourites such as lamb shish kebabs and chicken wings, but also less well-known Turkish specialities such as Imam Bayildi. There are plenty of vegetarian and vegan dishes such as falafels and the less well-known Aubergine Napolitana. The characteristic flavours and textures owe their distinctiveness to the charcoal grill which is showcased at the rear of the restaurant where you can also watch the Turkish chefs working their culinary magic. The extensive drinks menu caters for a wide range of tastes – whether you want to sip champagne or lift your caffeine levels with delicious Turkish coffee, there is something for everyone.

Resul smiles warmly when he talks about his love for Abergavenny. What he has created is testament to his affection and commitment to the town. Anatolian was officially opened at the beginning of September by the Mayor of Abergavenny Councillor Tony Konieczny, who highlighted the importance of new businesses opening in the town, especially in the current circumstances. Following the successful launch, Anatolian continues to offer a warm welcome to anyone wishing to taste a little piece of Turkish Delight! 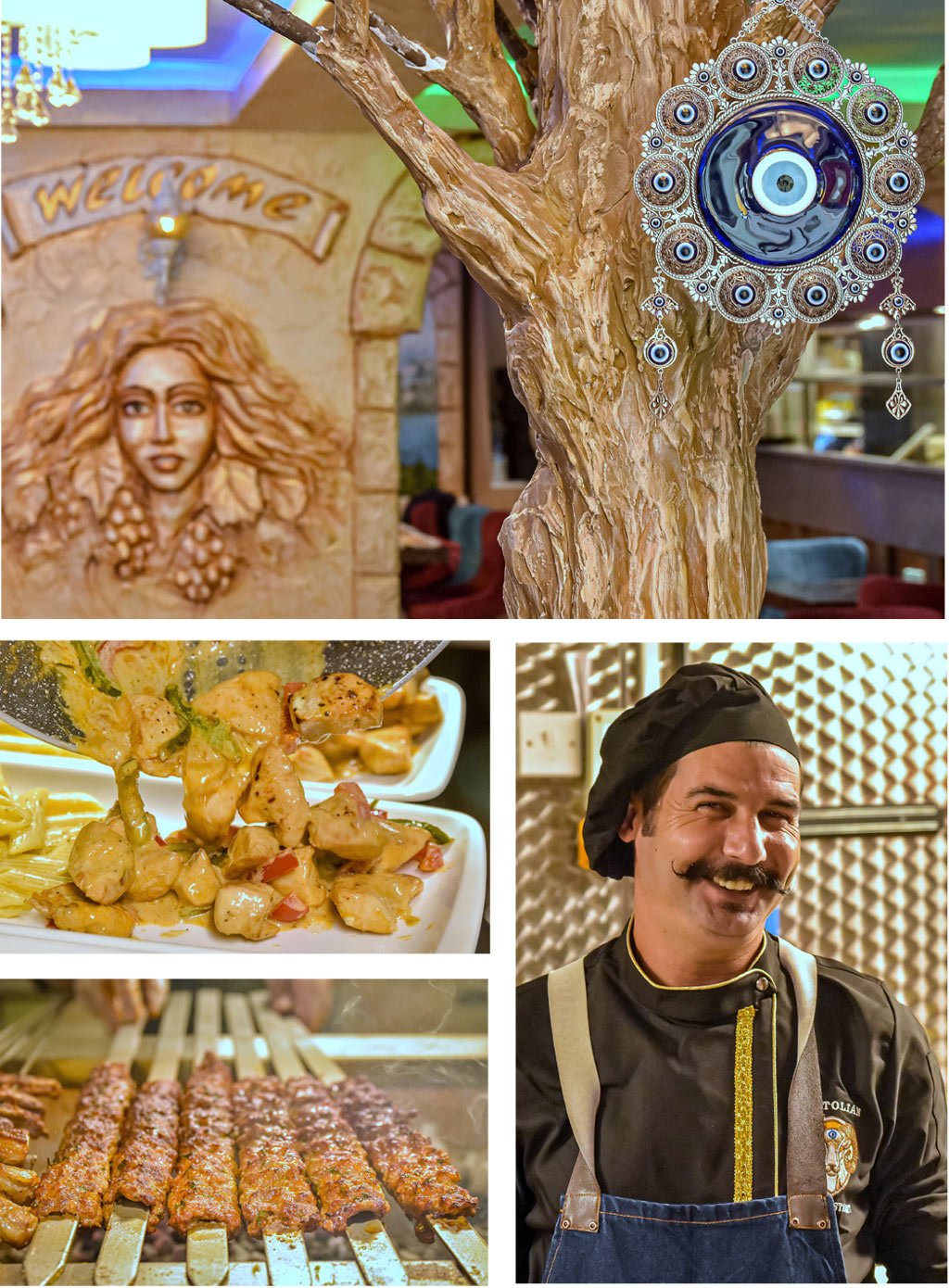