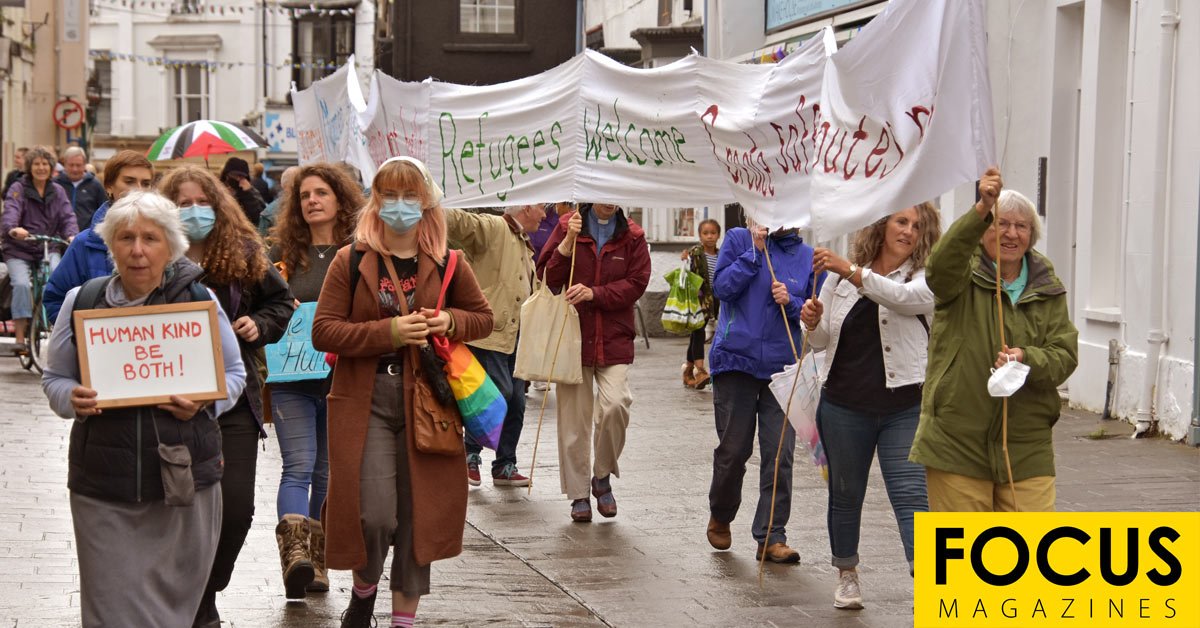 Local people from Abergavenny Town of Sanctuary organised a ‘Change the Story’ event to counter the recent negative media coverage about migrants crossing the Channel. Their aim was to bust some myths about why people make this dangerous journey and tell a more positive story about people seeking sanctuary.

On 28th August, about 30 people assembled in the centre of town and a 60ft long banner was unfurled with the message ‘‘Change the story. Migration is not a crime. Hospitality not hostility. Refugees welcome. Create safe routes now!’. The ribbon like banner was carried through the town, across Castle Meadows and onto Llanfoist Bridge. There was also a colourful banner made by adults and children from the Town of Sanctuary group around the theme of ‘Welcome to Abergavenny’ with images and text, in English, Arabic and Welsh.

Information was available from sources such as the Refugee Council and the Red Cross, busting the common myth that migrants crossing the channel are ‘illegal’. You can apply for asylum in any country and it is not illegal to cross the channel to seek asylum in the UK. Unfortunately, the reason people are forced to make dangerous journeys in small boats, is because current immigration rules mean that for many there is no safe route to seeking asylum here. The UK only takes a tiny proportion of the world’s refugees, and far fewer that most other European countries. The event supported campaigns such as the Fair Immigration Reform Movement, calling for justice, dignity and welcome for migrants.

Abergavenny Town of Sanctuary is part of the national City of Sanctuary network which now includes small towns like Abergavenny, and also villages, theatres, schools and universities of sanctuary – all seeking to provide welcoming places of safety. And Wales plans to become the first ever Nation of Sanctuary! 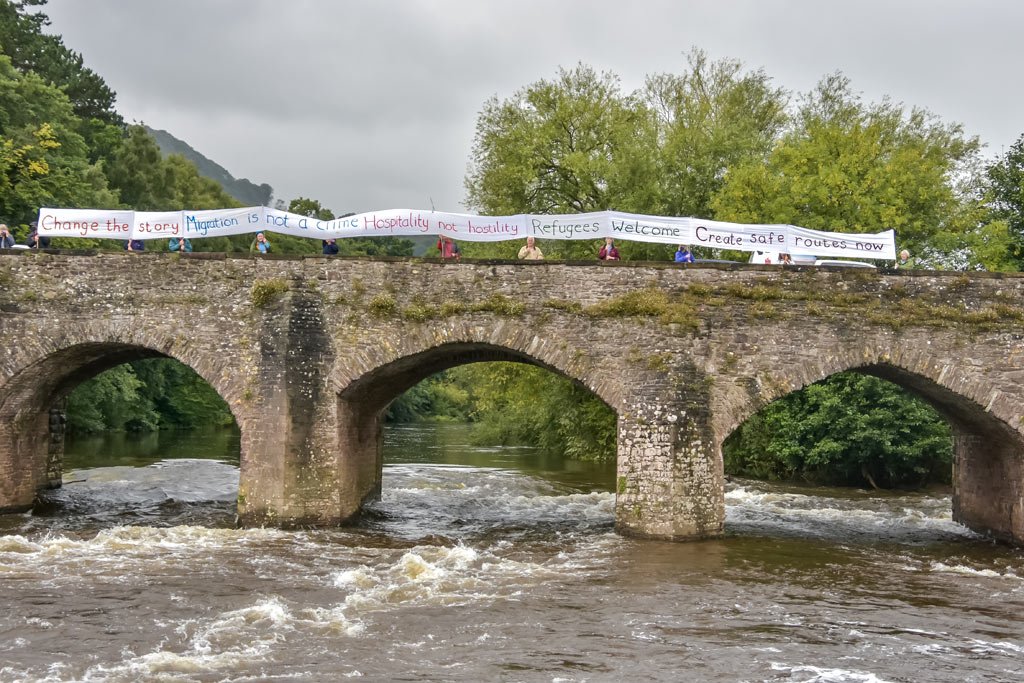