Llangattock’s VJ Day Commemorations were marked by the unveiling of two decorative benches, which will form the centrepiece of a new Memorial Garden in the village’s recreation ground. 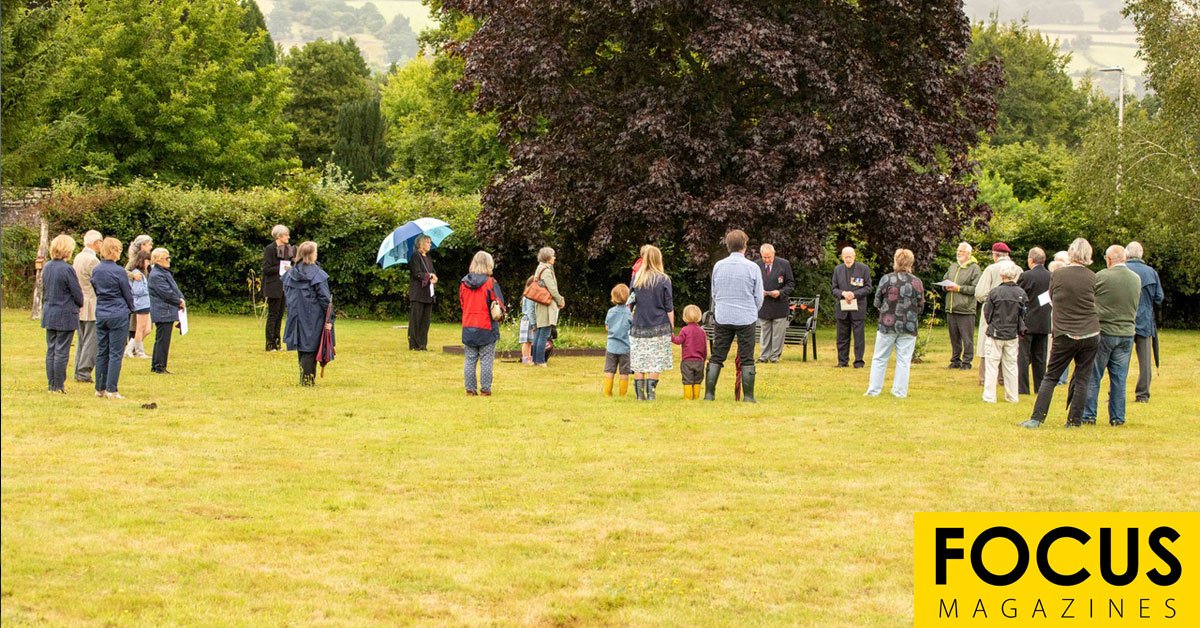 The seats, which carry the motif ‘Lest We Forget’, were paid for by donations from the public and council funds, including Councillors’ personal allowances.

Forty people attended a dedication service, which was led by Llangattock resident, Maj Gen Morgan Llewellyn Major General the Reverend R. M. Llewellyn CB OBE DL FCMI, a former senior Army Officer and Vice Patron of the War Memorials Trust. He was joined by Llangattock author, Frank Williams, who has written extensively about the war with Japan, which surrendered 75 years ago yesterday, bringing to an end the Second World War.

Speaking on behalf of the council, Cllr Ann Williams thanked Councillors past and present who had made the garden possible as generous local residents. 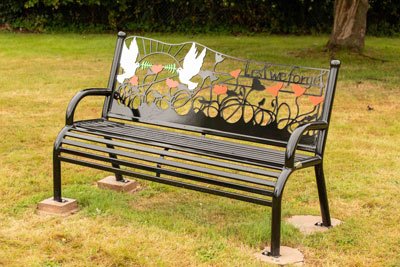 The Memorial Garden will stand in the Northern corner of the Recreation Ground – the spot designated by the Duke of Beaufort when he bequeathed the ground to the people of Llangattock.

The layout for the garden has been designed by Cllr Gail Jones, a local gardener, and the council plans to build a path around the recreation ground to make it accessible to all local residents.

Chair of the Community Council, Cllr Richard Jones said: “We hope that the Memorial Garden and the benches will provide people with a place to sit in peace and contemplate the sacrifice of villagers down the ages in conflicts past.”

.
When social distancing allows, they hope to hold volunteer days so they can evidence public support when they apply for grant money to pay for the improvements.