Wisdom, Quackery and Science… and a Brief History of Pottery

Members of Abergavenny U3A  gathered recently for a feast of cream scones and fresh local strawberries and a good chat over tea. There were also sales of plants, homemade cakes and preserves donated by members to raise funds for the U3A group. 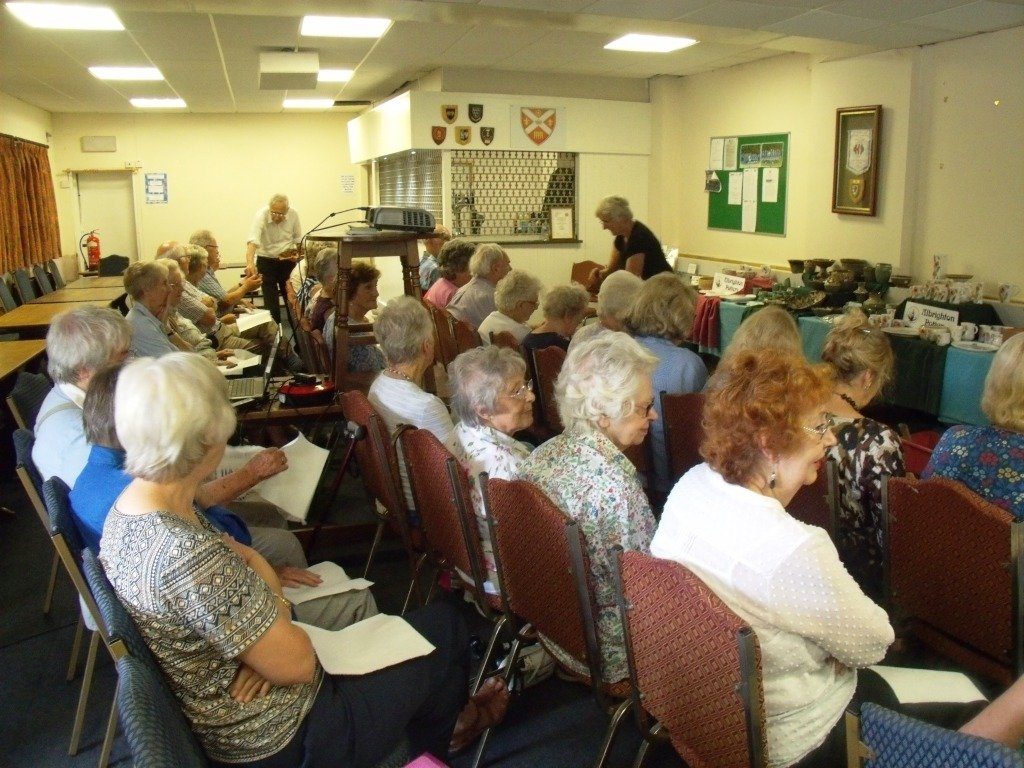 Two weeks later the group met for the monthly meeting at which retired GP and medical educator Dr Huw Morgan spoke most interestingly and humorously on his subject- “Wisdom, Quackery and Science- a look at Medicine through the Ages”.  His talk included the story of the Greek Physician Hippocrates born on the island of Cos around 460BC; Aristotle and the Roman surgeon Galen who practised  brain and eye surgery; Ayuvedic  medicine of India, acupuncture in China; and the Four Humours -based medicine of Dark Age Europe.

The most recent meeting at the end of July featured Annette and John Christophers speaking on “A Brief History of Pottery”.  John spoke very amusingly and authoritatively, starting his history with the story of a group of kids playing with clay by a river somewhere about 10,000 years ago. Some of these pieces fell in a cooking fire and an observant family member recognised the utility of the fired piece of pottery. Round pots were strong enough to use for cooking, brewing, storage of liquids and tablets could be used for writing.

John moved on to describe the explosion of potteries in Stoke and neighbouring towns in the 18th and 19th centuries, reaching a peak of 4000 kilns in Stoke before WW2. He showed us a ‘Sagga’ one of many hundreds of ceramic containers piled in the kiln, each one protecting pots from smoke and ash during the firing  process. Meanwhile Annette had been creating an attractive pot by welding together the clay tablets that each member of the audience had made earlier in the talk, and marked with their initial in clay. This will be glazed, fired and auctioned at a later U3A event.

Monthly talks planned for the next few months are:

September 28th Martin Rhodes on “English Coinage through the Ages”

October  26th Tony Care on “A lot more than Tools:  the Work of TFSR Cymru”

In addition to the general  meetings, twenty or more special interest U3A groups meet, usually monthly on either a Tuesday or Friday at the Pen Y Pound Stadium where there is plenty of free parking, disabled access,  broadband and an occasional bar. These groups, which are completely open to all members, cover an array of subjects. Each group has a leader but the main idea is to share knowledge and skills. In so doing members find friendship in the company of like-minded people. There are no entry qualifications and none are awarded- learning is for its own sake.

All retired and semi-retired  people are welcome. Membership costs £25 per year though an additional charge may apply to visits and some social events. For more information go to www.u3asites.org.uk/abergavenny or ring John Pratt, Chairman, on 01873 890613