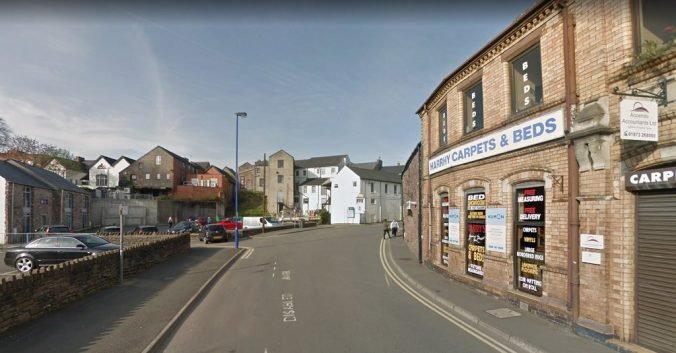 Monmouthshire County Council has started work on further improvements to Abergavenny’s town centre with the repaving and resurfacing of Lion Street and Frogmore Street as far as the Barclays Bank branch.  These Phase Two works follow the 2016 scheme to improve High Street, Nevill St and St John’s Square and include the entrance to the new Morrison’s store as well as proposals to restrict vehicle access to provide a safe pedestrian-friendly environment.  Initial works relate to the culvert realignment and renewal on Lion St in connection with the Morrison’s development, with the main works planned to start in earnest during February.

The details of the project and traffic management have been developed in consultation with a public realm group consisting of local councillors, businesses and interested parties.  These plans will be available for public viewing at the Abergavenny One Stop Shop, notice boards throughout the town and at the contractor’s office on Lion Street.

The area in front of the new Morrison’s store will be a shared space constructed with a mixture of granite setts and slabs, in keeping with the existing Brewery Yard scheme.  It will provide a safe link from the store into Abergavenny’s town centre.  In addition, the council will convert King Street into a two-way route to accommodate restrictions on Frogmore Street and extend a shared space arrangement with a new bus stop at the junction of King Street and Lion Street.  As well as offering a convenient drop off and pick up point for the Morrison’s supermarket, it will also provide a safe access for bus passengers to the town’s shopping areas via Lion Street and Market Street.  The remainder of Lion Street from its junction with King Street to the start of Frogmore Street will incorporate full height kerbs and granite footways with a traditional tarmac carriageway while Frogmore Street will be a shared space constructed with a mixture of Welsh Pennant setts and slabs.  These arrangements will complement the Phase One works undertaken in 2016 and link the two sections of the town.

Further proposals include a change to traffic movement on Frogmore Street and the control of access for delivery to businesses only via High Street and at restricted times before 10am and after 4pm.  The proposed traffic order will be displayed as part of the public information exercise along with plans for new bus stops, including a new bay on the A40 near Tesco close to the northern end of Frogmore Street.

Councillor Bryan Jones, Monmouthshire’s cabinet member for county operations said: “Phase One works in 2016 benefited from the setting up of the public realm working group and extensive consultation which played a significant part in the successful delivery of the scheme.  Likewise, Phase Two proposals have been subject to close contact with the public realm group and widespread consultation as well as an extensive survey and assessment to measure the impact of changes on traffic flow and congestion.”

The works are to be undertaken by local contractor Alun Griffiths and are estimated to cost £700,000, partly funded by the Morrison’s development.  The scheme – expected to take about 26 weeks – will require road closures to complete the work safely.  Diversion routes will be in place during road closures, as well as safe routes for pedestrians throughout the town.

People will be able to email comments via highways@monmouthshire.gov.uk or post them in a box at the Abergavenny One Stop Shop.  The council will consider and review these responses throughout the duration of the works and will also update the public realm group on a regular basis.