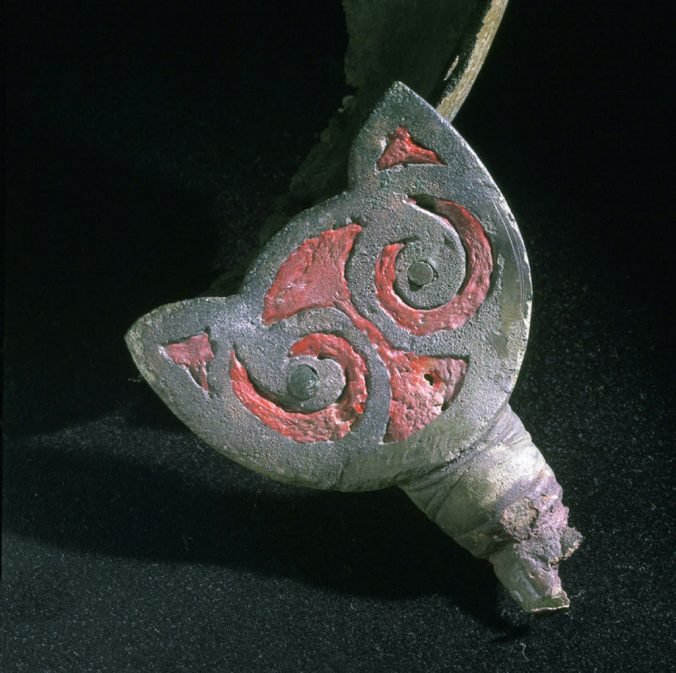 Long before Christianity and the Holy Trinity, the number three was sacred in ancient Celtic mythology and religion. Riddles and triadic expressions pepper Celtic folklore and faerie stories. The triskel, a figure composed of three spirals, signifies the three-layered nature of a human soul, and is in itself a central figure in ancient Celtic symbolism. The earth, sea, and sky share a three-fold marriage and represent the sacred elements.

The sun, moon, stars (another trio) and fear of the elements dominated the people of ancient Britain. They left no written legacy but they did leave us an  archaeological inheritance  — the hoard of Late Bronze Age and early Iron Age artefacts at Llyn Fawr in the Cynon Valley, for example — as well as the oral tradition of passing stories down the generations. Feasting done, it was the turn of the bards to entertain the company with tales of the Otherworld and the relationship between the gods and humans.

From these stories, it seems that Iron Age Celts had many gods and goddesses. Their faith involved sacrificing valuable objects by throwing them into places that they considered special such as lakes, cliffs, rivers and bushes. At Llyn Cerrig Bach on Anglesey, home of the druids, archaeologists found more than 150 bronze and iron objects, including spears, shields and swords.

By the Middle Ages, a professional class of storyteller had evolved, known as “cyfarwyddiaid”. These men were not creative, but adapted and wove together traditional tales, evoking with words the sound and fury of battle. Those stories that survived were included in two famous manuscripts, The White Book of Rhydderch (circa 1375) and the Red Book of  Hergest (circa 1425). Between them they make up the Mabinogion, symbolic stories of magic cauldrons and heroic feats whose characters epitomise the ancient gods. As recently as the late 18th century, for many believers, myths and magic were as natural as believing in Christianity.

Miranda Aldhouse-Green’s talk on Celtic myths in Medieval Wales at the Borough Theatre on October 19th starts at 7.30pm. Non-members may join on the night. For further information visit abergavennylocalhistorysociety.org.uk

This fragment of handle shown in the image above is from a bronze bowl, found on Snowden, which was probably a religious offering, dating from the Late Iron Age.