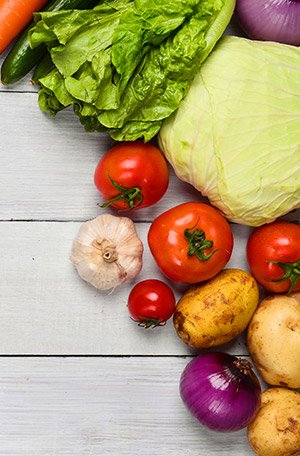 Brecon Country Market was originally established under the name of Brecon WI Market back in the early 1920s to enable local farmers’ wives to find an outlet for their surplus eggs, garden and dairy produce. At that time it only opened during the summer and early autumn months when such foods were plentiful.

However, during the late 1920s some of the ladies thought it would be a good idea to open for more weeks of the year and to offer customers more variety of produce in the form of preserves and cakes.  Thus was born the traditional WI market which became loved and respected throughout Wales and England.

The Brecon Market continued to produce delicious food until in 1996 it was forced to close due to an ageing membership.  In 1999 a group of younger, enthusiastic people got together and decided to re-form the Market.

Shortly after this time WI Federation decided that it was time that the Markets became independent of the WI and so WI Markets became Country Markets, the name under which they trade at the present time.   The high standards of WI Markets have been maintained and improved upon with new and novel innovations being introduced.

The Brecon Country Market producers have addressed the needs of a changing world and brought the Market Stall into the 21st century.  People with gluten intolerance are catered for with an increasing variety of gluten free items both savoury and sweet.

Many products are designed with busy mothers in mind – the wide range of savouries are conveniently ready to be popped into the oven so that a hot meal for the children is never very long before reaching the table.  Special diets can be catered for on request as can special orders – for example birthday cakes and large orders for events.  An ordering system exists for those who may not be able to get to the stall early enough to purchase the more popular items.

The stall boasts an eclectic mix of home-made, home produced goods.  The baking includes the perfect cakes and preserves for which WI Markets are legendary, savouries (the Brecon Market has a gold medal winning baker) and delicious bread as it used to taste.

At Christmas time there are Christmas cakes and puddings available, all with that old-fashioned flavour that will evoke memories of a Dickensian Christmas not to mention wonderful mince-pies made with melt-in-the-mouth pastry.  Also available are seasonal home-grown flowers, fruits and vegetables, home produced fruit juices and the freshest free-range eggs imaginable.

The stall is manned by friendly people who have time to listen to your needs and is open in Brecon Market Hall from 8.00 a.m. until 1.30 p.m. every Friday (except through January).  Why not make it a regular stop on your shopping itinerary?