Hidden History on the Blorenge

A wealth of ancient and industrial archaeology lies in the vegetation near the footpaths that criss-cross the Blorenge. You just need to know where to look. Helen Morgan from Abergavenny Local History Society reports

Keeper’s Pond along the B4246 to Blaenavon is familiar to most of us. Its Welsh name, Pen ffordd goch (top of the red road) however, tells a different story. The road from Abergavenny that ran past the pond to Blaenavon was formerly paved with iron clinker and the surface was indeed rusty red. The pond, as we know it, was created to feed the forge and ironworks below the road at Garn ddyrys (thorny cairn). Springs and streams were diverted in an extraordinary feat of engineering to ensure that the pond never ran dry. The first tramway (now a footpath) from Keeper’s Pond was built in 1793 and led to a quarry that also supplied Garn ddyrys — limestone being the catalyst or flux that releases the iron from the ore. The third ingredient, iron, came from Blaenavon. 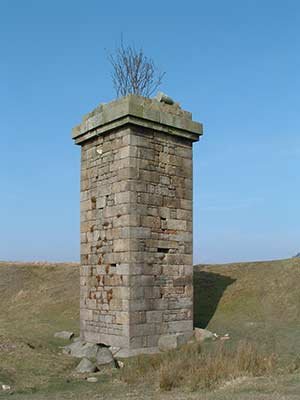 Across the B4246 from Keeper’s Pond, the rough road ahead leads to the Lamb & Fox public house in the former village of Pwll du (Black Pool). Near by is the entrance to the world’s first rail tunnel. Initially it wound its way 1½ miles through the mountain to emerge at Garn-yr-erw. The tunnel started as a level cut into the hill to extract ore in the early 19th century but was extended in about 1815 by Thomas Hill. For nearly half a century, horses pulled trams laden with limestone, coal, pig iron  through the tunnel. Pwll du women, too, would catch a ride when they needed to get to the shops in Blaenavon. The tunnel entrances are now Scheduled Ancient Monuments.

In its heyday, Pwll du was a thriving village boasting two pubs, two chapels, a school and one shop serving the 300 miners, colliers, ironworkers, quarrymen and tram road operators who lived there. Its fortunes reflected those of Blaenavon and by the 1930s it had gone into decline. By the 1960s, most residents had moved out.

Frank Olding will lead a guided five-mile walk through this part of Blaenafon World Heritage Site from Garn Lakes, Garn-yr-erw, on June 22nd, starting at 10am. Cost £5. To book, call 07971 081647 or email frank.olding@blaenau-gwent.gov.uk. Alternatively, for self-guiding tips, go to visitblaenavon.co.uk. 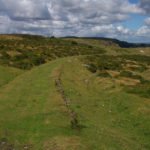 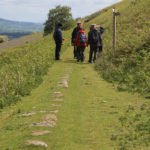 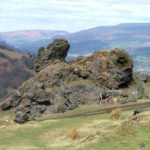 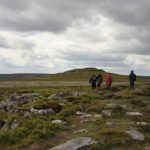 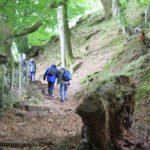 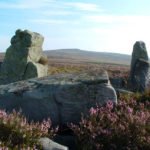