The Older People’s Commissioner for Wales

The Older People’s Commissioner for Wales has made a number of visits to Abergavenny over the last year, meeting with hundreds of older people. 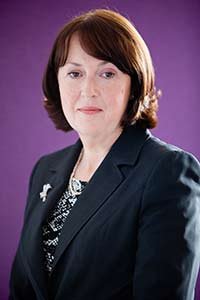 The Commissioner, Sarah Rochira, made a commitment when she took up post in June 2012 to visit communities across Wales as part of her Engagement Roadshow to meet and speak with older people and to hear first-hand about the issues matter to them.

Sarah and her team travelled over 25,000 miles across the country during 2013, which included visits to meet with groups, organisations and individuals around Abergavenny.

The town is home to a significant number of older people, with 3,192 of the 10,078 people, 32% of the local population, living in the Cantref, Castle, Grofield, Lansdown and Priory wards aged over 60,  according to the 2011 census.

Sarah said: “One of the key concerns older people in Abergavenny have shared with me is the cuts to local bus routes, which leave people lonely and isolated. The closure of public toilets, a vital community resource, is also something that many older people in the area have told me they are worried about.

“It is important, even in these difficult financial times, not to lose sight of the vital role that services such as these can play in helping people to get out and about, stay engaged with their local communities and maintain their independence.”

The Commissioner and her team have visited Penpergwm House care home, to learn about an intergenerational art project involving older residents and local school children, and also met with members of Llanellen Local Link Club and Care and Repair Monmouthshire.

On another visit, Sarah’s team joined a tea party in Gilwern that is providing a lifeline to many older people who are living alone and would otherwise have little contact with others.
The gatherings for small groups of older people aged 75 and over are organised by Contact the Elderly and hosted by different group members every month.

The most recent visit to Abergavenny was to meet members of the newly-formed Abergavenny Action 50+.

The group was set up to replace a similar body that dissolved a couple of years ago and aims to work with the Older People’s Commissioner, Monmouthshire Council and other organisations on issues affecting to older people from the area.

Sarah said: “Having something to do and something to look forward to, as well as opportunities to socialise, are so important for older people’s health and wellbeing and projects like Contact the Elderly’s are vital to support this. This is a wonderful initiative aimed at ensuring that older people are not lonely and isolated.

“It is also important that older people have a voice and are able to have a say on important issues that affect them. Abergavenny Action 50+ is providing the significant older population of the area with this opportunity.

“I am looking forward to working with the group in the future to ensure that the voices of all older people are used more effectively by public services to deliver the changes that older people say they want and need to see.”

For information about the Commissioner’s work, visit
www.olderpeoplewales.com, call Delia Hudson on 01873 855944 for details of Abergavenny Action 50+ and to find out about the tea parties, visit:
www.contact-the-elderly.org.uk.