If walls could talk

Howick is an old farmhouse that survived the Reformation, decades of neglect and a Victorian makeover. Helen Morgan from Abergavenny Local History Society reports

Howick near Chepstow is a stone farmhouse that is often described as being built in about 1550 and extended in Jacobean times. Whilst true, it actually began life in 1306 as a nunnery under the auspices of Tintern Abbey, says Jonathan Jenkins, the current occupier. “The original entrance is blocked but we can see where it was in the western facade, and the original tiny windows on at the eastern end are still there,” he says.

Shortly before the Dissolution of the monasteries, the nuns left and the house was rented out to the Walters family. At the time of the Reformation, the Walters became the new owners and, having become rather wealthy, were able to transform Yr Hywig Fach, as it was known to the Welsh. They modernised the latrine wing and revamped what is essentially a two-room plan on two floors, using quality stone and oak. They moved the original doorway to its present site on the south side and installed hood moulded windows with arched lights, and step and chamfer mouldings on the north and south sides of the house. 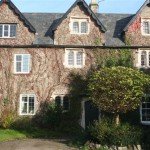 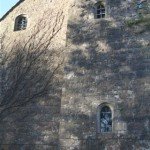 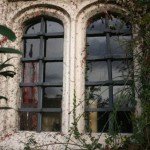 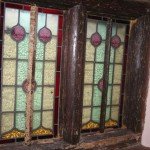 Fast forward half a century or so to when the Jacobean wing was added by the same family, almost doubling its size, using whatever materials were available. “This is where woodworm has been at its worst; not in the Tudor part of the house,” says Jonathan. During the Civil War, things went downhill and in about 1700 Howick was turned into a granary. But in 1790 its fortunes improved with the arrival of John Curre who made it inhabitable again. The house was treated to a new roof and recycled Tudor dormer windows in 1844.

Its saddest moment came in 1950 after the death of Sir Edward Curre and his wife (one of the Crawshay Baileys). The only family heir was a nephew but he was divorced. So the Curres left everything to the Knights of St John. The estate was broken up and auctioned. 1958 saw the arrival of the Jenkins family and, with them, the arrival of electricity and milking machines. Howick became one of five thriving dairy farms in the area. Howick featured in the Country Life Annual in 1962 and is still a working farm today.

Jonathan Jenkins’s talk on Howick on February 23rd at the Borough Theatre starts at 7.30pm. Doors open at 7pm. Non-members can join on the night.