Why are they so hard to keep and how can we resolve to resolve? 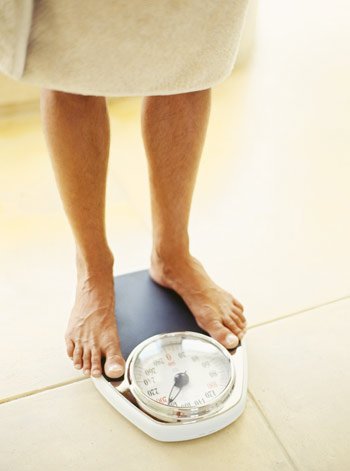 The last remnants of turkey have been polished off, the festive season hangovers nursed and overcome – time to get down to the serious business of setting ourselves some unattainable, unachievable New Year’s Resolutions that we’ll keep until January 5th (if we’re lucky), after which we’ll give up for another year and pledge to do better next time.

Last year, 34 million of us in the UK made New Year’s Resolutions. It’s a curious past time, which dates back to 153BC when Janus, a Roman mythical God, was placed at the head of the calendar, (hence the name ‘January’). Janus is a two-faced God, able to look to the future and to the past and became a symbol for resolutions and new beginnings.

If, like many, you follow this tradition of making New Year’s Resolutions, can you honestly say that you really stuck to the resolution you made last year? Those that we make, especially after the indulgence of Christmas, tend to focus on health and fitness. 50% of us who made resolutions at the beginning of 2011 said we wanted to lose weight, while 43% wanted to get fitter. Other resolutions centre on a desire to do better financially, to achieve more in our career or to change it, while others concentrate on self improvement such as being less grumpy or managing our time better.

Whatever resolutions you make, one thing is certain: they are not easy to keep. It’s not surprising really. If you think about the gluttony and excess of Christmas, the reality of getting back into a regular routine after the season of plenty is something of a shock to the system. In short, going from feast to famine can be a little jarring. It’s also very difficult to make firm commitments to new regimes after a period when tradition plays such a significant role. And, though it may seem like a strange thing to say, the weather doesn’t help. Why? Because who really wants to get up in the dark to go for a run in freezing temperatures to work off those extra pounds? Isn’t the warmth of your bed much more inviting? Of course it is. Winter is a difficult time to diet or exercise, simply because we go into hibernation mode. We prefer to stay home, sit by the fire and keep warm. It’s why winter telly schedules are so much better than those of summer.

There’s no denying it: New Year’s Resolutions are hard to keep, so what can we do if we really do want to make a commitment to turn over a new leaf? Perhaps one of the most important things to remember is not to put too much pressure on yourself. Fulfilling our own expectations of ourselves can be an enormous stressor and, in itself, can act as a catalyst to undo even our best intentions. When deciding a goal, ensure that you are realistic about what you can achieve and the timeframe in which you can achieve it. But importantly, do set goals. Piling on the pressure can be detrimental, but so too can an attitude that is too relaxed. If you think that going to the gym three times a week is a realistic target and one that you’re happy with, then stick to it. Setting yourself a wishy-washy goal will mean you’ll find it harder to get started and the tendency will be to put it off for another day.

Rewarding yourself for your efforts is extremely important. Small and often is a good, healthy way to reinforce the positive action that you’re taking with your resolution. Try to choose a reward that is incompatible with your resolution. By this I mean, don’t reward yourself with an iced jammy doughnut for having been good on your diet all week. Instead think about running yourself a bath, having a face pack and lighting some candles. I find retail therapy works a treat, but not much good if your resolution is to cut back on spending!

And finally, although it’s really easy to come up with a raft of resolutions and things we want to change about ourselves and our lives, from a psychological perspective it is much healthier not to get too bogged down in everything that might be wrong and that we want to change. If you are to make a resolution, make it that – just one. Think carefully about what that might be, be realistic about how you can achieve it and most of all, be kind to yourself on your path to fulfilling it.