Crickhowell Music Festival should have taken place over the first weekend in May but of course this was not possible. Everything was in place: rehearsals were progressing well, flyers and posters had been printed, banners and articles were ready, tickets were being sold and a buzz of eager anticipation was gathering momentum. This was particularly welcome after the dreadful floods which took place over the weekend of Crickhowell Choral Society’s ever-popular Come and Sing event in St. Mary’s Church in Abergavenny and which affected attendance and homeward journeys. But, as with everything else in the world, it came to a sudden jolting stop. 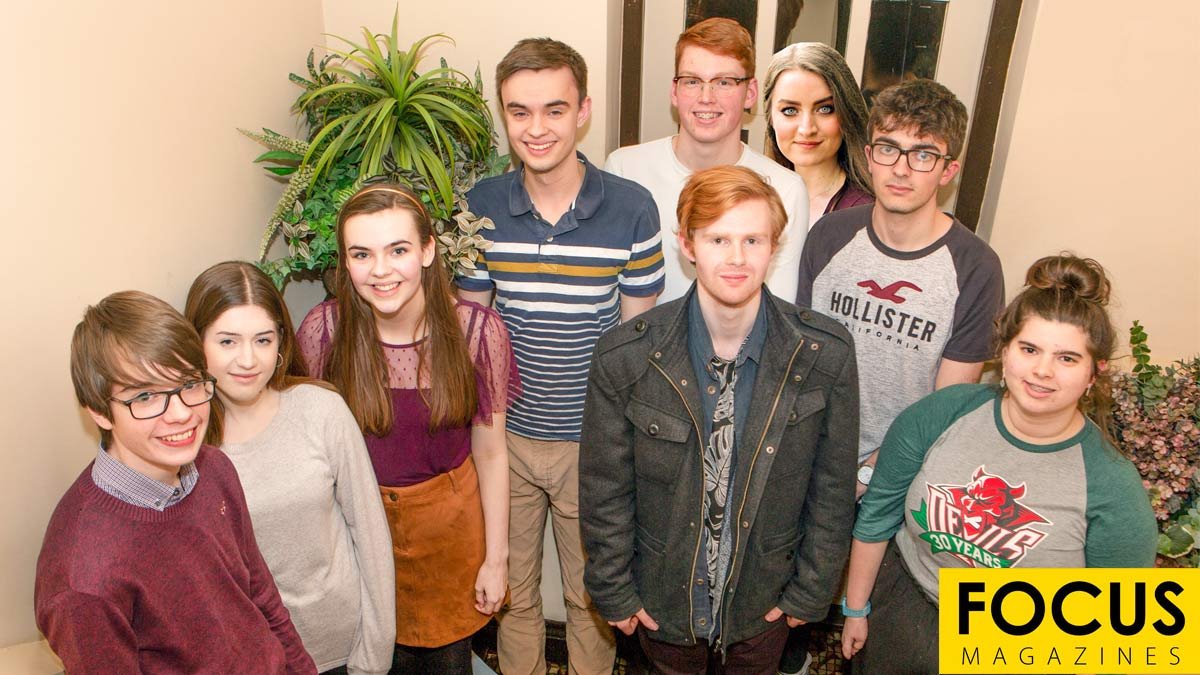 However, Crickhowell Choral Society may have been publicly silent since the COVID-19 lockdown, but in isolation much rehearsing has been taking place to produce a virtual performance of Mozart’s Ave Verum, which is available to view on the website. This has been a new experience for nearly everyone, involving such fine technical details as to where to place the phone in relation to the computer screen so that each face could be clearly seen and where to put the screen so that the online score could be read without it being obvious that eyes were glued to it rather than the camera. These dilemmas and other problems were professionally overcome by Crickhowell Choral Society’s young technical wizard, James Bessant Davies, who edited the choir’s input to produce its first virtual recording.

James joined the choir last year after attending a service in Cwmdu Church in which Dvorak’s Mass in D was performed by the choir and is currently a student at Hereford Sixth Form College. He hopes to further his studies at music college, specialising in clarinet. Voice sections have been engaging in regular Zoom meetings and Zoom section practices have started on Monday evenings for those who are able to join in.

This technology has also enabled the first lockdown committee meeting to take place and so far nothing has daunted the choir in its determination to carry on functioning as normally as is possible until the situation eases sufficiently for practices to resume.

Several choral scholars will be leaving the choir at the end of this term to pursue undergraduate studies. Unfortunately it will not be possible to wish them good luck and goodbye in person, but the choir looks forward to hearing of their future experiences and successes. Carys Davies will be heading to the Royal Welsh College of Music and Drama to study singing in September. She recently took part in on-line auditions in front of Andrew Lloyd-Webber and Graham Norton for the opportunity to sing in The Phantom of the Opera. She was selected for the final round and although not finally chosen was highly commended. George Haylock will also be going to the Royal Welsh College of Music and Drama, starting a Design and Performance course in September. His future plans include looking into opportunities within the field of set and prop design.

With regard to a hopeful Crickhowell Music Festival next year, Crickhowell Choral Society is delighted that all the soloists and The Carnival Band have agreed to return to perform the same programme as this year. Quatuor 21. the all-female saxophone quartet from the Royal Welsh College of Music and Drama, will probably not perform as they will have come to the end of their studies and will have disbanded, but an equally exciting finale is assured. All updates will be posted onto www.crickhowellchoralsociety.org