The Changing Faces of the Modern Home

Parrys Fine & Country take us on a tour through the decades following the Allied Forces’ Victory in Europe in 1945, to look at the many faces of housing and how it has changed. 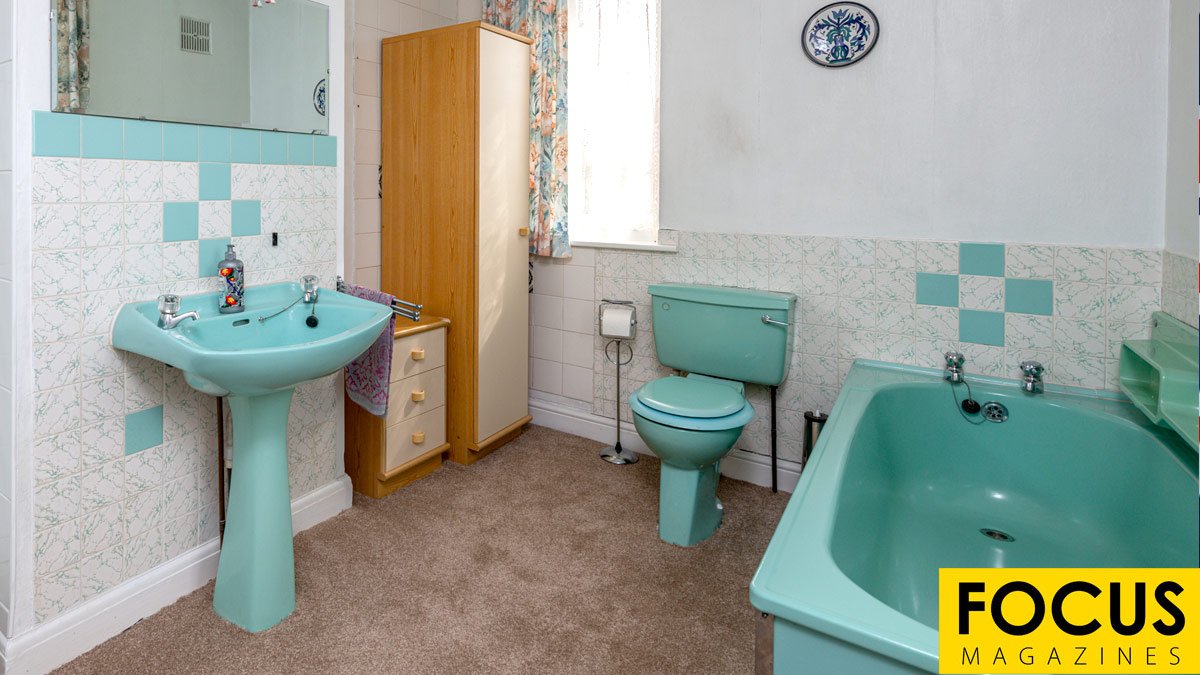 Following the turbulent years of the second World War, attention turned to rebuilding the nation’s spirit and the many thousands of homes and buildings that had been destroyed during the preceding years. During the late 1940s and 1950s there was a nationwide building boom as well as a baby boom, meaning that larger houses were needed to accommodate the needs of growing families. Council Estates were being built and owing to the shortage of building materials, some of the houses were of non standard construction. 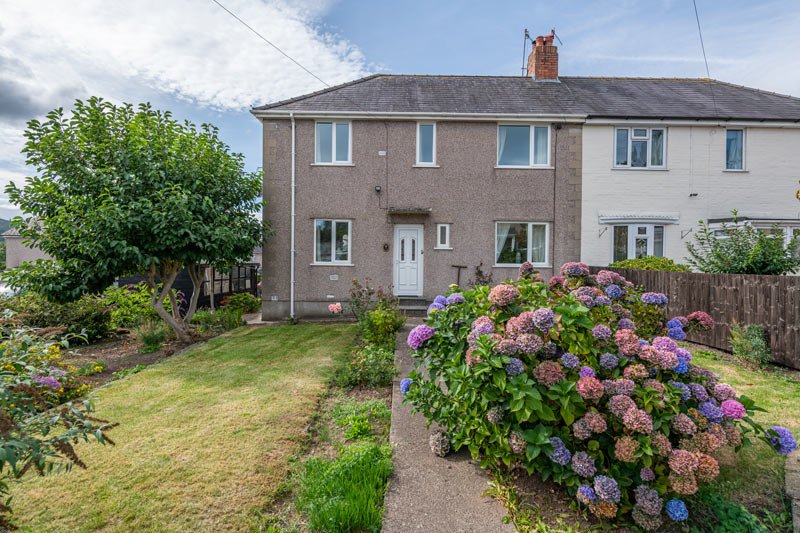 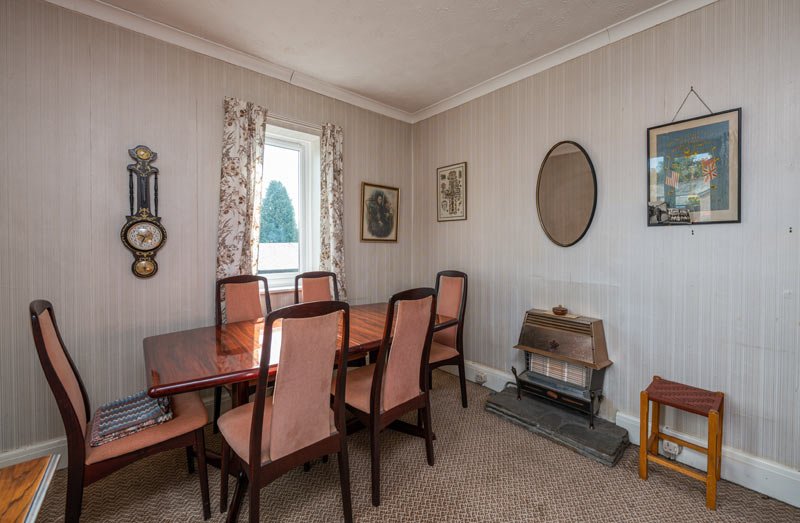 These homes were all about simple interiors, and open plan areas that merged living and eating spaces were seen for the first time. The focal point of the living room became the TV, which took off after Queen’s Coronation in 1953. The USA was a major influence on the way our kitchen’s looked with painted units and free standing furniture to house labour saving devices like the Kenwood mixer, toaster and electric kettle. The 1950s home was decorated in an ice-cream palette, fitted carpets, plain walls and ceilings with few embellishments.
Examples of 1950s housing in Abergavenny can be found in Holywell Road/Crescent and Belgrave Road. The houses tended to have large gardens. 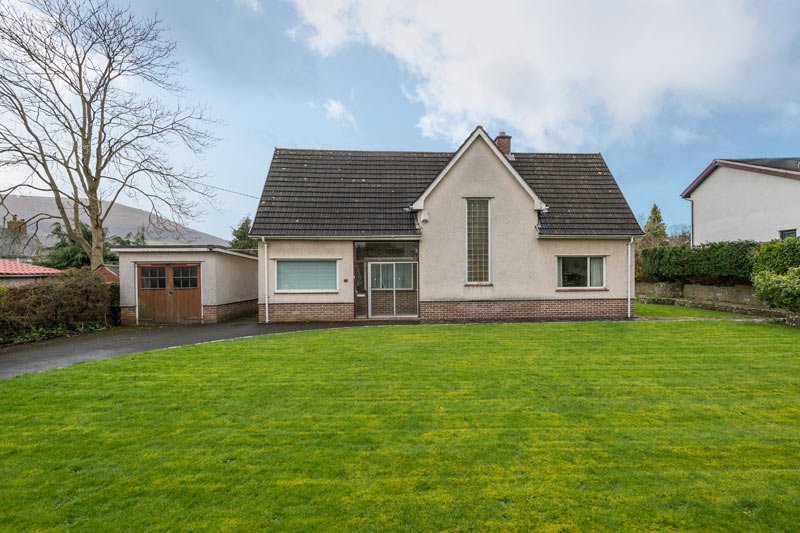 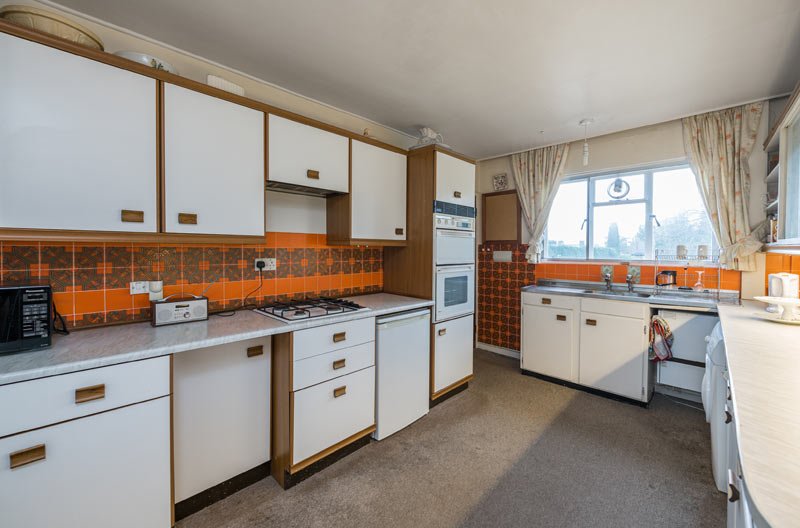 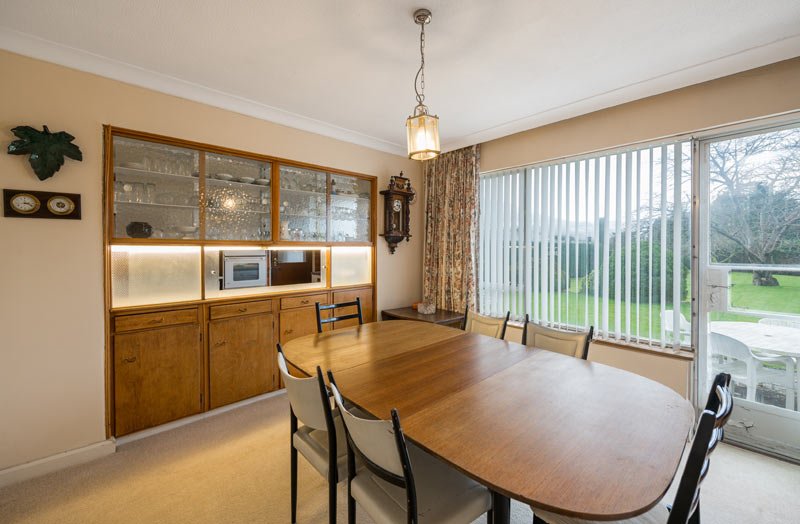 This was an exciting time in terms of house design. Technology was exploding alongside design and culture. The space race was in full swing and this inspired design aesthetic. Modernism was the watchword as architects experimented with new forms of design and construction. Bare exteriors were clad in hanging tiles and weatherboarding to soften their impact. Homes became more open plan with sliding doors and partitions used to separate spaces. Interiors were vibrant, wood paneling adorned the walls and ceilings of homes, and huge shag pile rugs were the in thing!

1960s houses in and around Abergavenny were often built on ground adjacent to period houses, Belmont Road is an example of this. 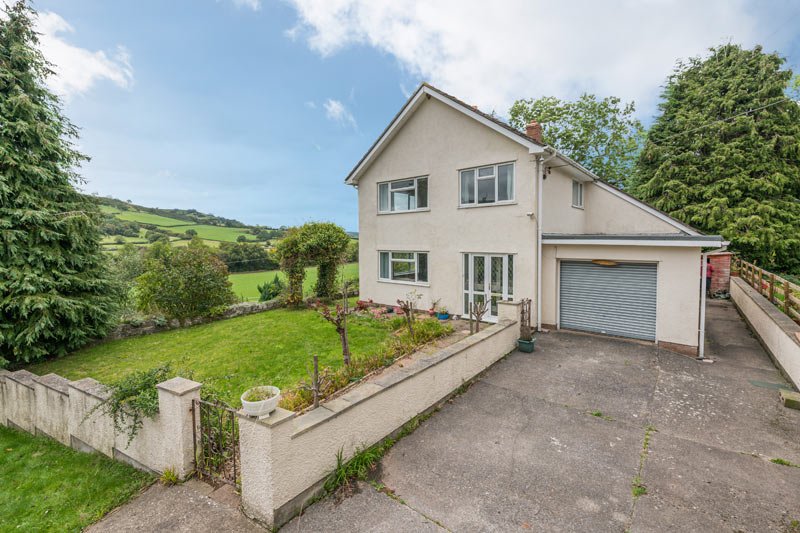 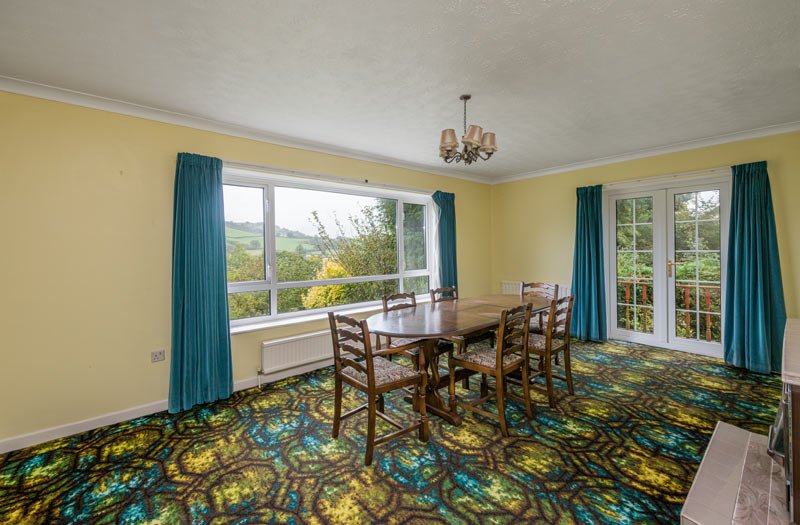 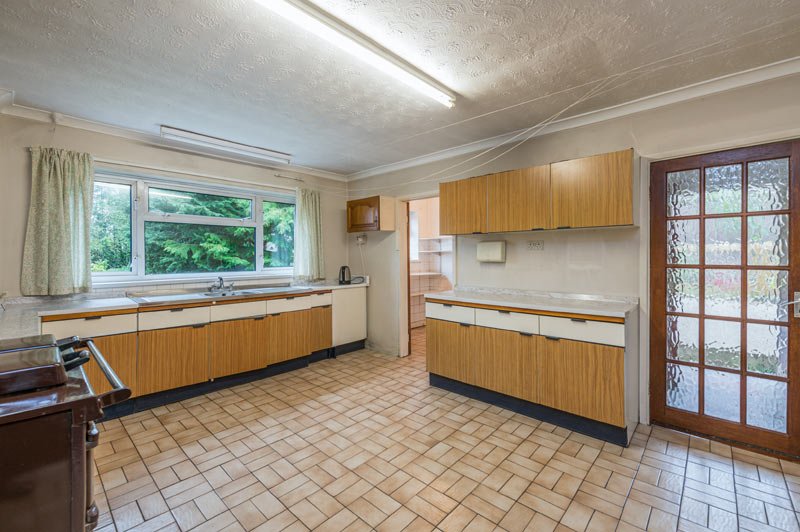 A seventies’ home may not have had the high ceilings of a Victorian home, but they did have an abundance of space. Rooms were ideal for growing families and for entertaining. En-suites became the height of fashion and downstairs loos became all the rage too. Interiors were an abundance of mismatched colours and shapes and avocado bathroom suites were de riguer.

Those shag pile rugs were still the thing too. The average price of a home, which had risen from £2,000 to £5,000 between 1950 and 1970, doubled in the next three years. Although often not aesthetically interesting from the exterior, 1970s houses often have large windows and are flooded with light.

Examples of 1970s houses can be found in the Mardy within Croesonen Parc and Poplars Close and on the other side of Abergavenny in Avenue Crescent. 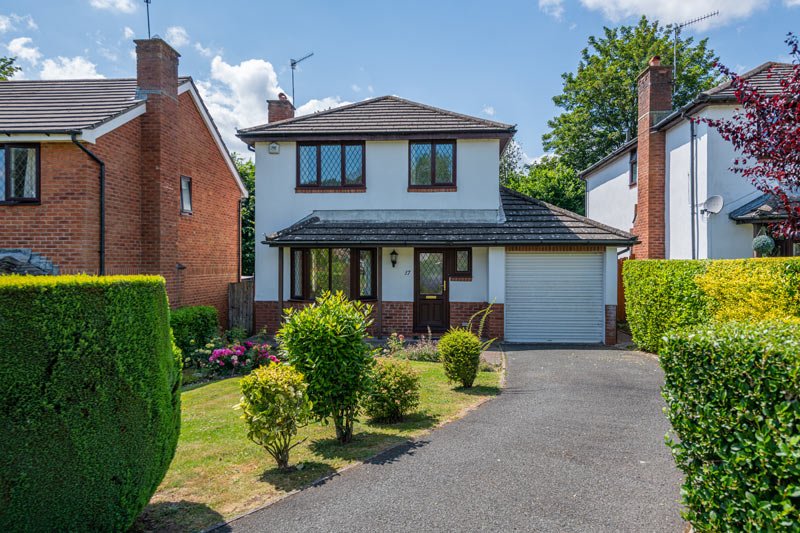 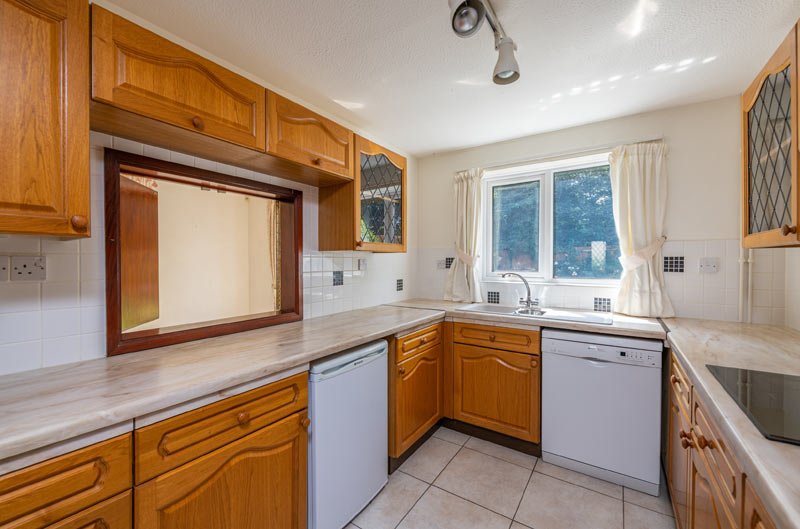 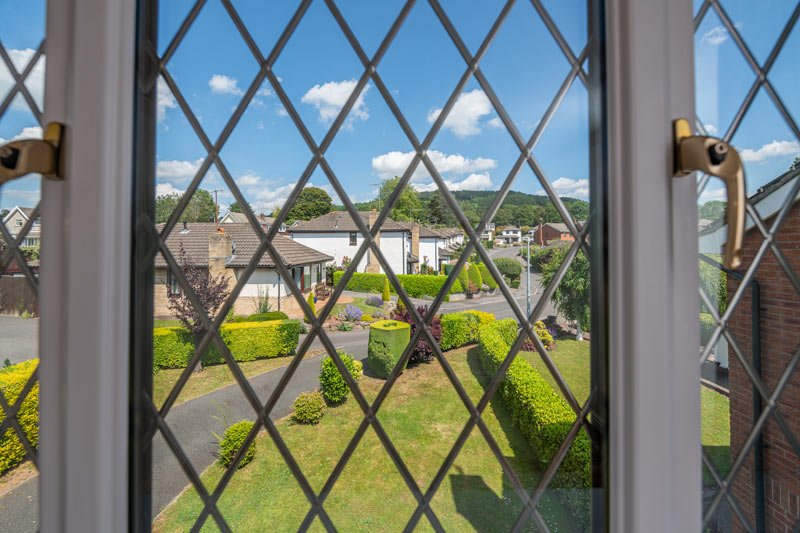 Newbuilds were springing up everywhere in the brasher, bolder decade that was the 1980s with Barratt Homes alone selling over 100,000 new houses during the decade, in 50 different styles. Mock Tudor design was hugely popular, while many of those living in council houses took advantage of Margaret Thatcher’s newly introduced ‘right to buy’ scheme.

Pattern went to town in the 1980’s with an abundance of florals and frills and the decade was a veritable pastels extravaganza. The farmhouse kitchen was a big look as were glass coffee tables in the living room that gave that city-slick look. Wallpaper boarders and friezes were all the rage, as well as carpeted bathrooms!

Barratt Homes built houses at Plas Derwen with leaded windows being one of the features, along with internal arches rather than doors between kitchens and dining rooms. Glazed sliding patio doors became popular too. The Plas Derwen Estate remains popular today. 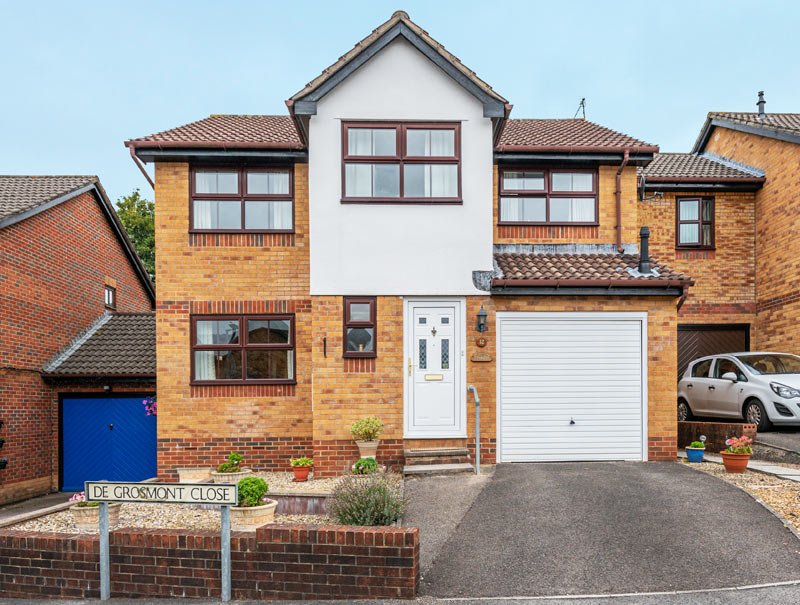 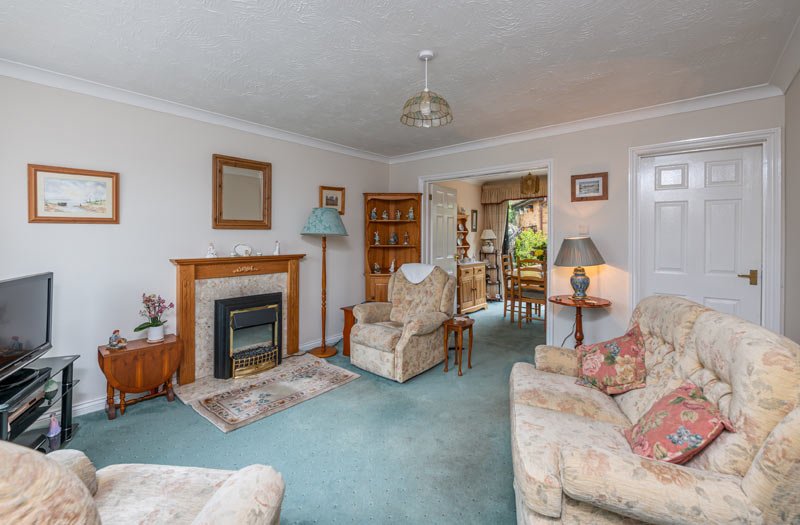 There was a housing crash between 1989 and 1993 and about 250,000 homes were repossessed and a much larger number were hit by negative equity. Suddenly people found themselves in homes they could not sell. Some building firms went bankrupt leaving part completed houses and sites. Fortunately, the property market and economy recovered and house prices continued to rise.

Inside, 1990s homes were influenced by the rise in the DIY craze thanks to the launch of television shows such as Changing Rooms (think rag rolling and painting with sponges!). In particular orange stained oak and pine were a favourite design trend.

Properties in Greystone Crescent in Mardy and Ysbytty Fields are examples of 1990s builds, we still find some gems today with the original décor. 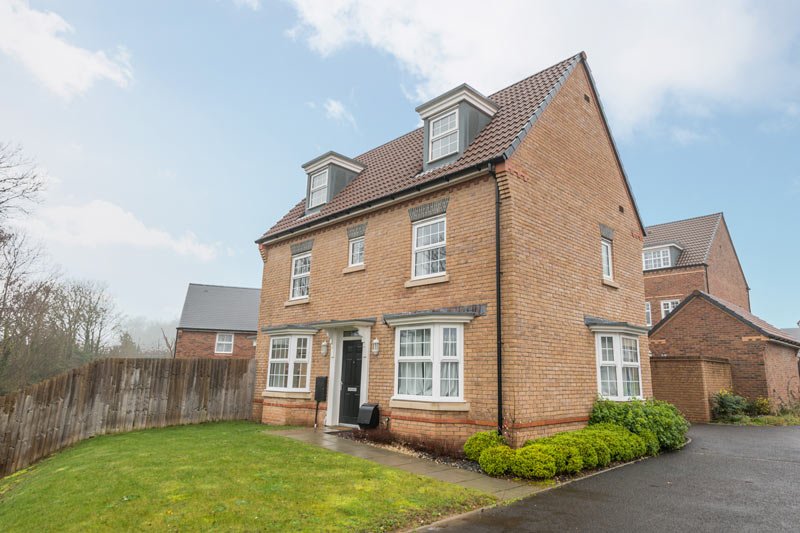 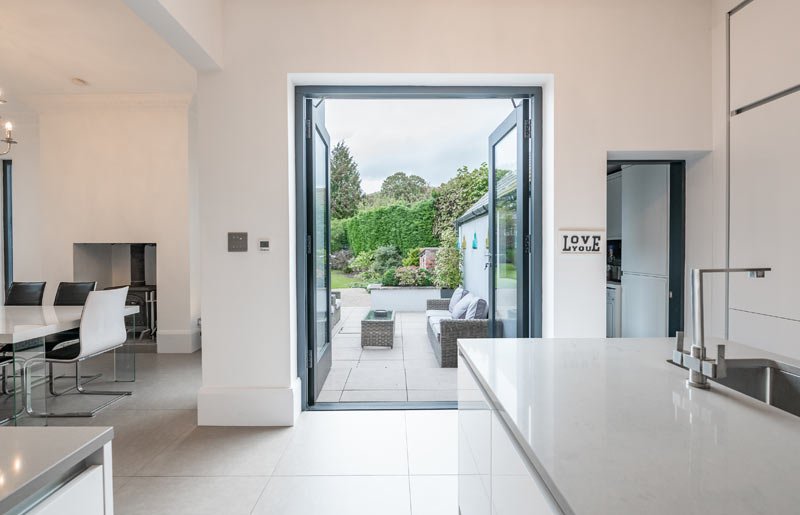 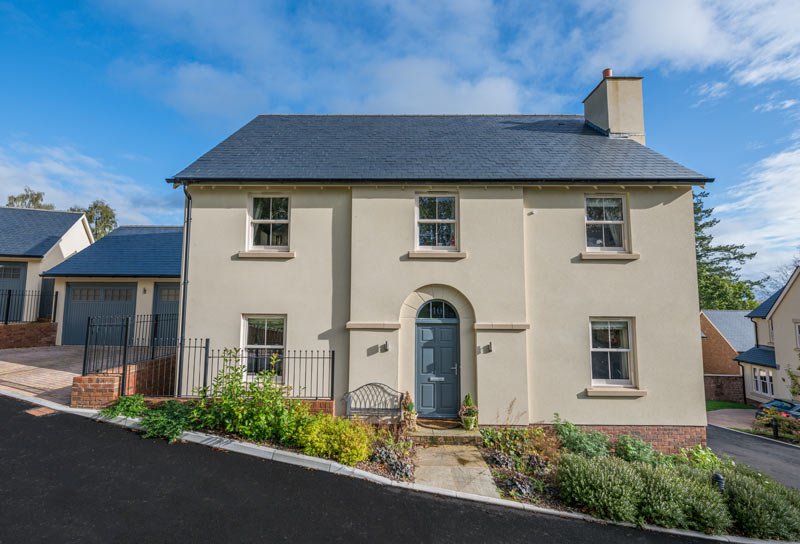 These days our lives are more hectic, meaning there is a greater emphasis on sociable spaces in the home. Kitchen diners and open plan living have become more popular while formal dining rooms in newer houses have become practically non-existent. Kitchens have become spaces where we socialize and embrace the foodie revolution and have now gone back to being the true heart of the home, where we spend the most time and the most money; a high tech fitted kitchen being the ultimate status symbol. Modern styling is all about multitasking living spaces, neutral décor, bifold doors linking kitchen and garden and more bathrooms.

Eco houses and the focus on energy efficiency has come to the fore in recent years, especially with the rise in energy prices. Present building regulations have also had an impact on improving efficiency and safety with more recent measures including compulsory sprinkler systems in new builds and more stringent regulations in respect of electrical and heating installation works.

Recent developments in and around Abergavenny include Chestnut Drive and Sarno Square (early 2000s), Wedgewood Park (2019) and Coed Glas.

Housing in and around Abergavenny is a delightful and varied mix. In addition to housing developments in and around the town, there have been a number of individually built houses over the past 75 years, which, interspersed with the Victorian houses and stone cottages, give the town an eclectic mix of homes. 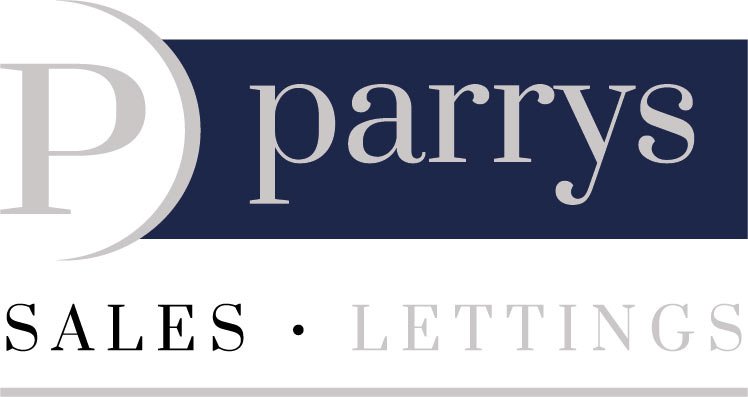 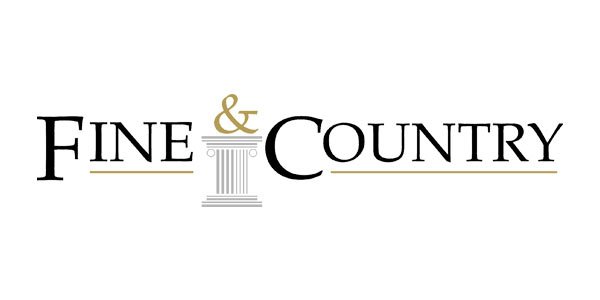