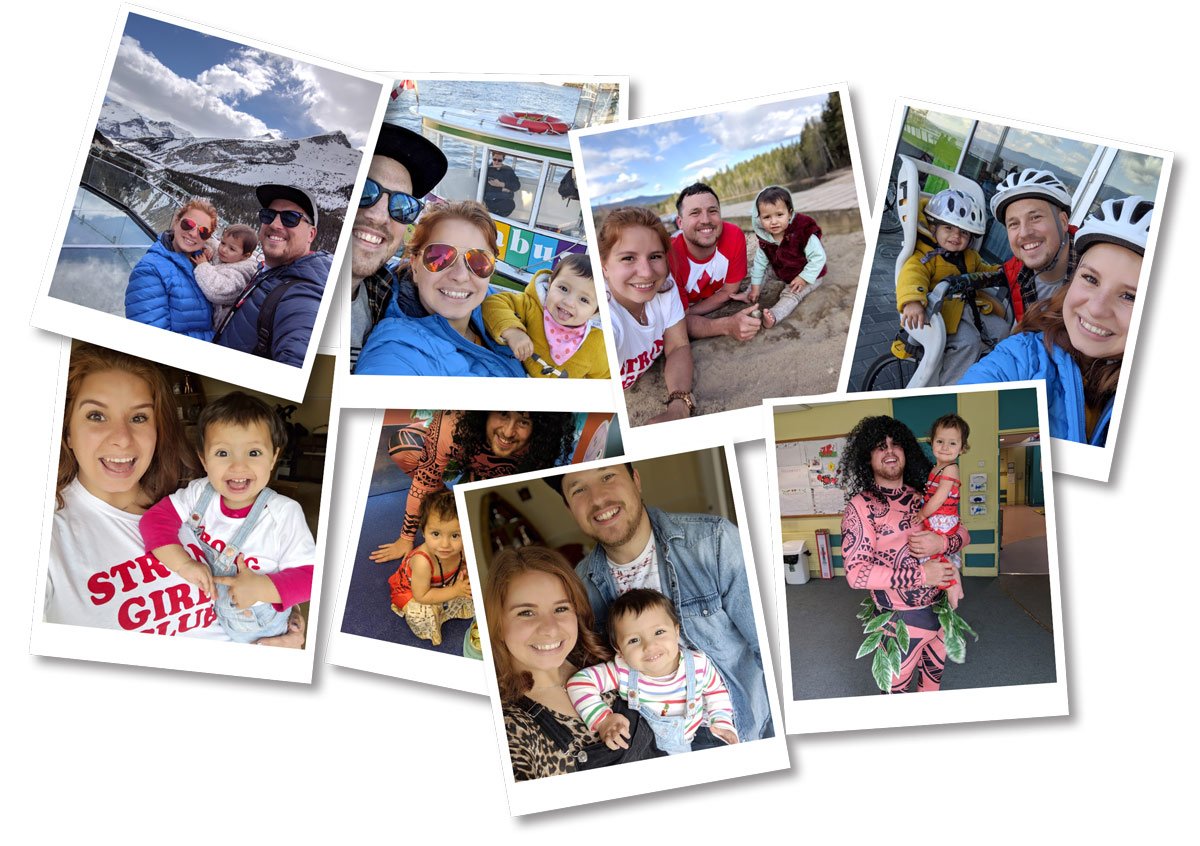 Deciding to have children and build a family is an exciting time in anyone’s life. However, miscarriage is the most common kind of pregnancy loss, affecting around one in every four pregnancies. And yet it is rarely openly discussed, leaving many women blaming themselves for their loss. Here Hannah Mlatem shares with us her own personal story to break the silence around baby loss and to make others feel less alone.

“That awful day happened on 15th March this year. I’d been spotting bleeding for two days and, after the hospital said I had to wait five days before I could have a scan to investigate, the following day we booked in for a private scan to check everything was ok.

The scan took place at Mothercare and when they called us in, although I felt nervous, I got excited. But, as soon as the cold gel went on I suddenly became crushed with dread and the most awful feeling of sadness. Whether deep down I knew that my little baby had gone I’ll never know, but then came the words: “I’m so sorry. There’s no heartbeat my love. Your baby went to sleep at six weeks old.”

I’ve never felt heartbreak like it and never cried like a wounded animal before. I don’t know where it came from and I couldn’t stop it. I asked if they could look again. I thought maybe there were twins and I had lost one as I was showing so early. She let us see. There, on the screen, was the most precious little bean, just sleeping in my tummy.

Like a cruel trick, my body thought it was still pregnant. Hormones meant that I still suffered morning sickness day and night for two weeks after. I still felt pregnant, I still had cravings. As if the emotional damage and trauma wasn’t enough to bear, I would later be admitted to hospital twice, having experienced two heomorages, and I would miscarry for the next seven weeks.

I felt left in the dark as to what was about to happen. There was no real support, not even a leaflet, just that long walk back through Mothercare, my husband supporting, half carrying me, still howling and closing my eyes until we got to the car. All I knew was that my body had evidently began “doing its job” and nature was taking its course.

I’d already hemorrhaged by then. I’ve never seen so much blood, felt so much hurt and not known what was happening. When I was first admitted to hospital I felt like I was giving birth again. I couldn’t sit and felt like I passed something the size of a mango. I then had to have “tissue scrapped out” while I was hemoraging on a bed, naked, screaming and crying. I felt so bare, empty and lost. I clung to Dan. Clung to him for everything. It was true horror.

I stayed overnight and was sent home the next day. A few weeks passed. I had the most amazing close friends who looked after me. My husband, who also suffered the most painful loss any father who loses a child can, just wanted to make me better. Not only had he endured the emotional pain of this but had to watch me go through the physical pain of my miscarriage.

Then second time I haemorrhaged, it came from nowhere. I was getting ready for work one morning when suddenly, what I can only describe as a river of blood, flowed and flowed from me. I sat trapped on the toilet for an hour, losing large clots and blood. I called the hospital and was told: “Yes that’s what happens during a miscarriage.” But it had been four weeks. How was there still so much? So they told me to wait another hour, which I did. Then all I can remember was feeling this awful wave, thinking I was actually dying and then waking up to find myself on the floor of the bathroom. Dan scooped me up and we went to A&E. My blood pressure was too low and they wanted to give me a blood transfusion. I had litres and litres of fluid on a drip and stayed in again.

After strict bed rest for a few days I got back into the routine of work, caring for my daughter Luna and general everyday life, always carrying with me a feeling of sadness, but each day getting a little more bearable.

The thing is I never expected to lose a baby. How arrogant and naive. Having already been lucky to have a happy, healthy daughter, as soon as I saw that positive test result I started to make plans. You fall in love with this new life growing inside of you, your heart grows bigger in readiness. We had a big holiday planned, we had an amazing week in Bluestone with our mothers and I had excitedly bought Luna a t-shirt saying she was going to be a big sister. It was magical, and seeing their faces when I told them I was pregnant; the love grew even more. I was going to tandem feed my children to help with their sibling bond. Luna would be two and three months. September would be amazing.

Then, when I came across Luna’s t-shirt while folding her clothes, I crumbled. It’s in these dark times you need real friendships to steer you. For my husband and I, we lost our child. It doesn’t matter that I was “only” three months pregnant. That was our baby. We loved that baby and will love that baby forever. The guilt and the feeling of “what did I do wrong?” was, and is, overwhelming. Even though I took all the super duper pregnacare tablets, walked every day, ate well – there’s always a cloud of guilt and the worst, unanswerable question of all – why?

I’ve lost a little bit of my heart but the three of us planted some forget me nots in the garden and we have the scan picture to keep. We have the most precious little girl who we’re so lucky is ours. She really is one of a kind. And we keep going. When I hear her infectious laugh, see her cheeky smile or look into her deep, deep pools of dark chocolate brown eyes I feel lucky, grateful and fulfilled.

I’ve learnt that people need to be a little kinder. Clients didn’t know and people didn’t know but it still stung to hear, “when’s the next baby now?” “time for number two now!” Don’t say these things to women. You don’t know what battles they’re fighting, are preparing for, or battles they might have lost. Just be kind.”

Since her miscarriage, Hannah’s daughter Luna and her husband Dan completed a sponsored swim, raising £2,367.43 for Tommy’s, which was match funded to the tune of £1000 by Barclays, who fund research into miscarriage, stillbirth and premature birth, and provide pregnancy health information to parents. Tommy’s believe it is unacceptable that one in four women lose a baby during pregnancy and birth and want every parent to have the best possible pregnancy outcomes and to take home happy, healthy babies. More info is available at:
www.tommys.org