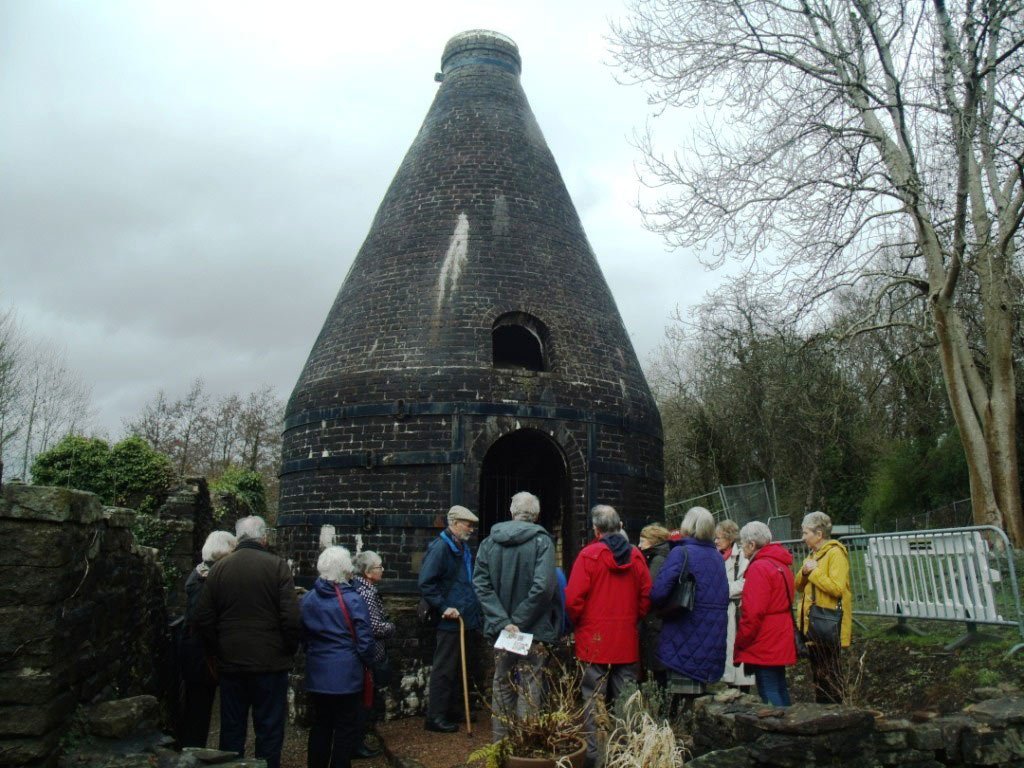 Two hundred years ago the finest porcelain in the world was made in Nantgarw near Caerphilly. All the other bone china and porcelain made around the world was more opaque with a greyish blue tinge. The secret ‘soft paste’ recipe that William Billingsly brought from Derby produced whiter, finer grade porcelain which was translucent. He paid £200 for exclusive rights to the recipe.

He built his factory next to the Glamorgan canal [now mostly covered by the A470 highway] and close to good sources of coal and labour. His problem was that about 90% of the porcelain shattered or slumped during one of the very high temperature firings, of which there were up to six. This was largely due to the difficulty of maintaining precise temperatures in even the most advanced bottle kilns of the time. It was also a dangerous place to work because of the highly toxic minerals. As a result the cost of production was very high and the price tag beyond the means of ordinary folk. The super rich however, lapped up the porcelain which was decorated in his distinct floral style.

The enterprise never thrived. It closed after only four years and Billingsly died in 1823, taking his secret recipe to the grave. His son re-opened the factory to make 10,000 white clay pipes per week plus floor tiles and flower pots, under the command of Thomas Pardoe. They piled them high and sold them cheap; his son made a fortune unlike his creative father. Two further generations of the Pardoe family ran the factory until 1920 when it closed. The buildings quickly deteriorated.

Recently a charity was set up to restore and care for the buildings under CADW guidance, with the aid of a team of volunteers. Now they have worked out the secrets of Billingsly’s recipe using modern spectroscopy and recreated a small batch of similar quality to the original. By using a small modern kiln they have avoided most of the losses that were suffered in the past. Very recently they have made a tonne of frit, the raw ingredient for a larger scale trial.

Their plan is to make dinner services and other pieces from the frit, then get local artists to decorate them for exhibition and sale next year, with the aim to make enough profit from sales to keep the factory going. From 13th July to end September this year they will celebrate the bicentenary of the founding of the factory with an exhibition of original items borrowed for several sources. A security upgrade was in progress during our visit in preparation for the exhibition of items worth thousands of pounds each.

The charity runs six workshops each week and these are booked far ahead. They also host visits and  attend antique and craft fairs.

A coach load of U3A members made the trip to Nant Garw for the morning visit. After a buffet lunch there, the trip continued to the National Museum in Cardiff for a visit to the Leonardo exhibition before returning to Abergavenny in the late afternoon.

In addition to outings like this one and monthly  general  meetings, twenty or more special interest U3A groups meet usually monthly on either a Tuesday or Friday at the Pen Y Pound Stadium clubhouse where there is plenty of free parking, disabled access,  broadband and an occasional bar. There are no entry qualifications and none are awarded- learning is for its own sake.

All retired and semi-retired  people are welcome. Membership costs £25 per year though an additional charge may apply to visits and some social events. For more information go to www.u3asites.org.uk/abergavenny or ring John Pratt, Chairman, on 01873 890613 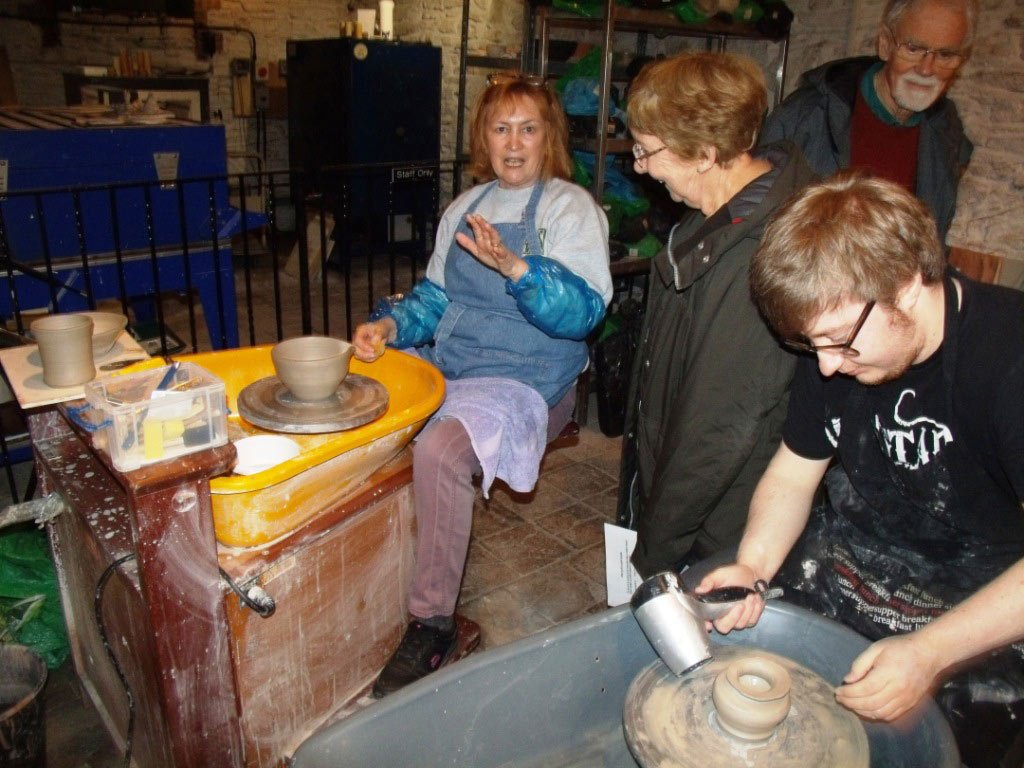