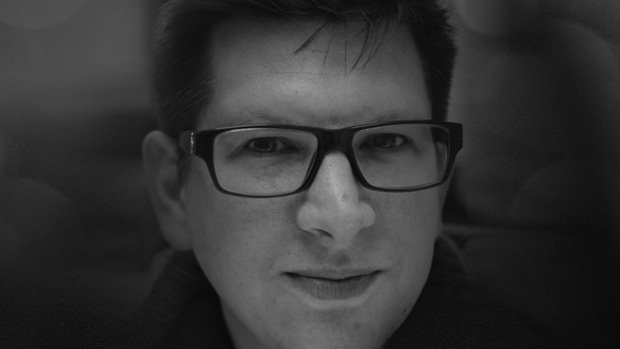 An exciting new era begins at Theatr Brycheiniog, Brecon’s canal-side centre for the arts and entertainment in 2019 as David Wilson is appointed to the post of Theatre Director.

David, who started in the new post in early January, quickly discovered how community driven Brecon’s theatre is, with tickets for the YFC entertainment festival going on sale and selling out, as well as a run of sold out shows of Sleeping Beauty from group The Westenders all taking place in his first two weeks!

David’s last role was as Director of Porter’s, an entertainment led city centre venue in Cardiff and home to The Other Room, Wales’ first permanent Pub Theatre. Porter’s is the inaugural winner of the Cardiff Life Awards Best Place to Drink, the 2017 winner of the PRS National Music Makeover Prize and a regular UK runner up on The Observer Food Monthly Annual Awards. The Other Room established itself as a theatrical force winning many accolades and awards for its work and in 2015 won The Stage Award for Best Fringe Venue in the UK, the first time this has been won by a venue outside of London.

David has vast experience in leading and managing organisationsand in addition to Porter’s he has beenDeputy Director and Company Secretary for National Dance Company Wales, Executive Director at Actorsworkshop based at Chapter and has been a guest lecturer at Royal Welsh College of Music and Drama on the Arts Management MA programme.

In 2011 he was chosen to join the Clore Leadership Programme as Wales’ Fellow funded by the Arts Council of Wales and became a fellow of The Royal Society of the Arts, through which David developed a strong sense of leadership alongside his extensive knowledge of the theatre industry having worked in a variety of art forms including musicals, pub theatre, community productions and contemporary dance.

David’s appointment is sure to begin a period of evolution at Theatr Brycheiniog, with his priorities in this post to include increasing the accessibility, inclusivity and diversity of the programme alongside the Theatr’s role in developing and supporting the work created by our communities, groups and artists in and around Brecon.

About his appointment, David said, “I am delighted to join the team at Theatr Brycheiniog and I am relishing the opportunity to develop the cultural and artistic offer of the Theatr in the National Park. I have been a long-time admirer of the stage, canal basin location and Brecon town itself and I cannot wait to meet with and join the people of Brecon and South Powys at shows and arts events.”

Theatr Brycheiniog’s staff and board are thrilled to have David join the team and can’t wait for you to see what exciting ideas he has for the future of the theatre.