Ken Windsor recently got in touch with us to tell us about a charming telephone encounter between his Abergavenny born mother and one of the UK’s greatest comedy actors. 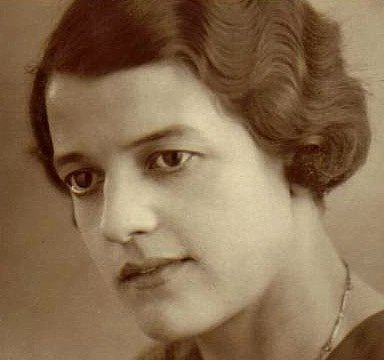 My mum, Bessie Lewis, was born in Priory Cottage, Priory Walk, Monk Street, Abergavenny. She loved the town with all her heart and even though she spent most of her married life living in Devon and Somerset, she insisted that her house always had the name of ‘Gavenny’. Her life was an interesting one, which, in her later years, was sadly blighted by a long illness.

It was during our time living in Somerset that mum received a telephone call that she would talk about for the rest of her life.

The phone rang just as mum was in the middle of her ironing, a task that she did not enjoy but one which she carried out with a painstaking thoroughness as befitting her upbringing in a large family.

“Can I speak to Ken Windsor,” said the posh sounding voice, with an air of authority and slight mischief.
“I am sorry,” said mum, “Ken is at work right now but I can take a message – who is that speaking please?”
“This is Peter Sellers,” said the man, awaiting an acknowledgement.
There was a pause and mother now began to get a little irritated.
“Look here young man, I do not know which of Ken’s friends this is but I am in the middle of doing my ironing and I really have no time to play these silly games,” she said, determined to assert her authority.
Peter Sellers took all this in his stride. “I really am Peter Sellers,” he said, “and I can prove it to you.”
There then followed a magnificent one-way conversation in which Peter proceeded to display to mum all his many different voices, including of course his outrageous and silly characters from ‘The Goon Show’.
It now dawned upon her that this was indeed the real Peter Sellers and that she had just been given a personal performance that nobody would ever believe!

He was ringing to cancel an interview appointment with me in London as he had finished filming early and had to leave the country for tax reasons. He asked mum to get me to contact his agent to re-arrange a suitable date for our meeting. Although it is rather faded now, I still have her original note that she wrote down – together with shaky handwriting.

Do you have an intriguing anecdote that you’d like to share with us and our readers? Get in touch via email: Hannah@thefocus.wales