You could be quids in, just by investing your money in something a little bit quirkier than the norm…

It’s true that times are tough and every penny in our purse counts. However, if you do happen to have a few quid lying about that you don’t want to spend on a Caribbean Cruise, why not invest it instead? Trouble is, understanding investment in stocks and bonds requires a degree in economics so if you’re not furnished with one of those, what do you do? Well, you could think about investing it in something a bit quirkier – what about an old picture frame, or a book that’s been scrawled all over? These may sound like a complete waste of money, but for a select few, canny or lucky investments have certainly paid dividends.

Just a couple of weeks ago, a first edition of Harry Potter and the Philosopher’s Stone sold at auction at Sotheby’s for £150,000. The book featured annotations and twenty-two sketches in J.K Rowling’s own hand. Likewise, a copy of Raymond Chandler’s Big Sleep sold at auction in 2011 for £28,885. The book carried an inscription from the author, which read ‘without my complements’.
According to those in the know, if you want to invest in books, first edition hardbacks are what you’re looking for, together with a dust jacket in mint condition. Books with inscriptions by the author make them unique and therefore, more valuable. If you can find a pre-war detective novel that satisfies all of the above, you might just well stand to make a few bob. If you happen to buy a dud, just make sure it’s a good read. That way you won’t have totally wasted your cash. 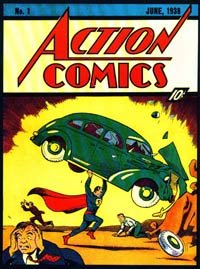 Like books, comics can be highly collectable and command jaw-dropping figures at auction. The main audience for comic books has always been children and, as such, back in the day, comics were usually bought, read and then thrown away. As a result, few survived and No. 1 comics have become as rare as hen’s teeth. Scarcity and condition fuels the comic book market. Find a No. 1 Superman by Action Comics in mint condition, and you’ll be laughing all the way to the bank. One of these went under the gavel in March 2010, fetching US$1.5 million! 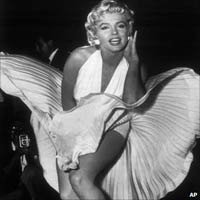 If books and comics aren’t really your thing, how about taking a punt on memorabilia? Whether it is connected to films, royalty or sport, memorabilia has the power to command huge returns, especially in today’s celebrity driven culture. Marilyn Munroe’s ‘Subway dress’ (the one in which she stands over a vent in The Seven Year Itch) sold in June 2011 for US$5.6 million, making it the most valuable item of movie memorabilia ever sold.

The key to investing in memorabilia is being able to identify what makes a good long-term investment. The art is recognising those individuals and events that will be remembered decades from now.
If you’re not sure what you want to invest your hard earned cash in, why not go for a rummage at a jumble sale or your local car boot? You never know what you might find, and it may inspire you to take an interest in something you’d never considered. If all else fails, the Gods may just shine on you. Take, for example, the man who bought an old frame for $4 at a flea market in Pennsylvania a few years ago. When he took the frame apart, he discovered a copy of the Declaration of Independence, one of only a handful produced by 18th Century printer, John Dunlop. A separate Dunlop Declaration of Independence print sold back in 2000 for $8.14 million.
Happy investing!