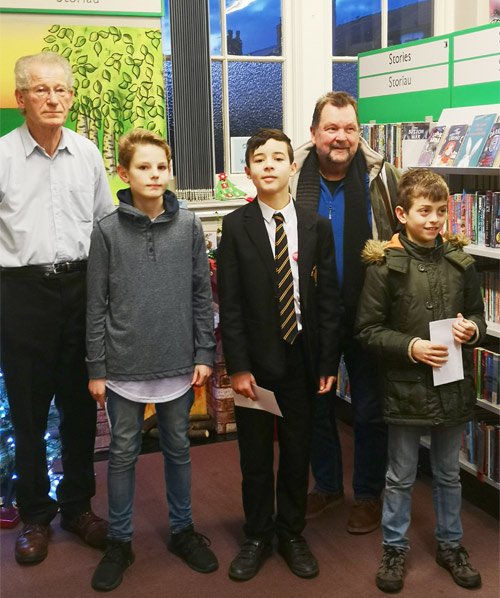 The Friends Of Abergavenny Library Service, FOALS, launched a short story telling competition for youngsters with the judging taking place on14th of December. There were two age groups, 7 to 11 and 12 to 15 and the story was to be around 500 words long.

A panel of three judges eventually agreed on the winners despite the high quality of some of the entries. Three out of the four winners are pictured with the chairman of FOALS, George Beale and the Mayor, Councillor Tony Konieczny, at the prize giving event in the library. From left to right, runner-up in the 12 to 15 age group, is Joseph Morden, winner of that group Blue Holman and the runner up of the 7 to 11 group, Isaac Jewel. The winner of that group, George Maxwell, was unable to attend. The winners received £50 and the runner-ups had £25.

The entries of the four finalists will feature in a display in the library.